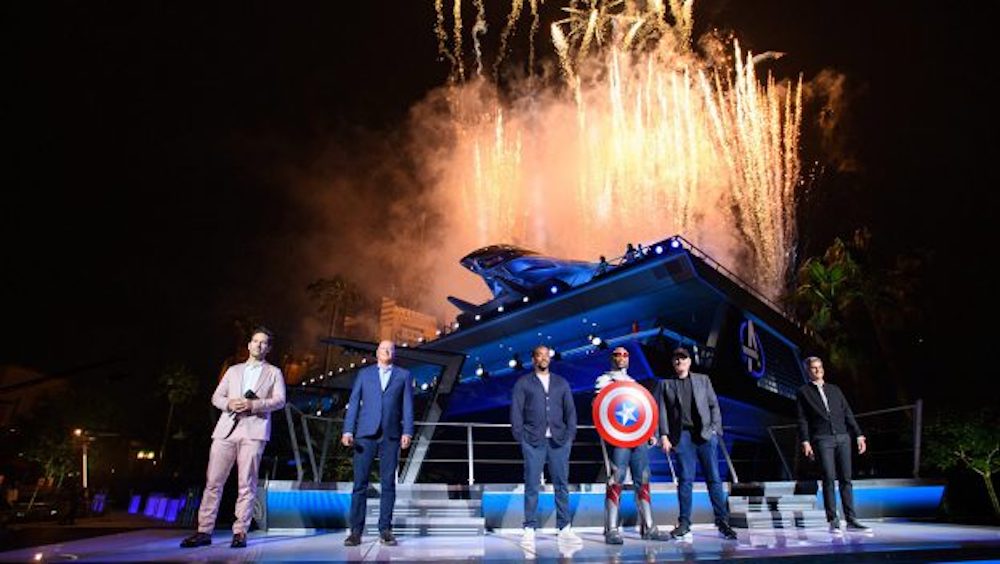 Disney CEO Bob Chapek was joined in front of Avengers Headquarters near the shining Quinjet by Disney Parks, Experiences and Products Chairman Josh D’Amaro and Marvel Studios President/Marvel Chief Creative Officer Kevin Feige, along with Paul Rudd, star of the “Ant-Man” films, and Anthony Mackie from the hit Disney+ series “The Falcon and the Winter Soldier.”

Disney Park Blog live-streamed the opening ceremony of Avengers Campus last night. In case you missed it, you can watch the entire ceremony now!

Anthony Mackie joined Captain America during the grand opening ceremony, while Paul Rudd caught up with Ant-Man and the Wasp. “Iron Man” director and actor Jon Favreau was also on hand, where he encountered Iron Man in his new armor, the Mark 80.

A few other special guests toured Avengers Campus, and made special appearances during the live-stream event, including “Guardians of the Galaxy” actress Zoe Saldana, “Shang-Chi and the Legend of the Ten Rings” actor Simu Liu and “Captain Marvel” actress Brie Larson.

An entirely new land, Avengers Campus is devoted to discovering, recruiting and training the next generation of Super Heroes. Guests will join Avengers and their allies to live out their Super Hero dreams in this fully immersive land that mixes innovation with storytelling, and fun for all ages.