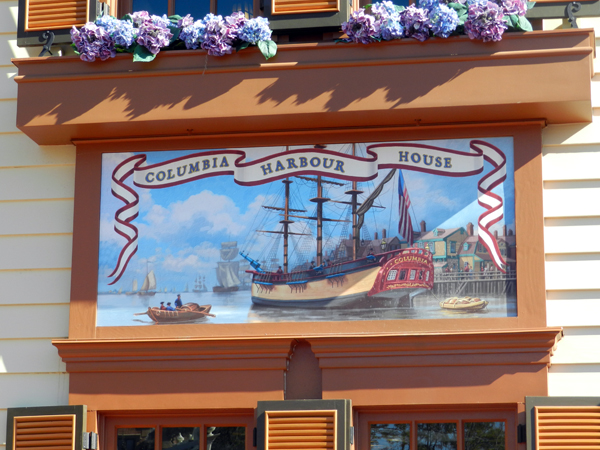 At Columbia Harbor House in Magic Kingdom Park, they’ve added two new items to the dinner menu.  There is now Chicken Pot Pie (filled with white-meat chicken, vegetables and gravy and topped with crunchy breadcrumbs). and the Seafood Macaroni & Cheese (lobster and shrimp over macaroni and cheese).

Columbia Harbor House is a very solid Quick-Service restaurant in the Magic Kingdom.  It’s consistently good quality for a counter service meal, and it has some very popular, unique menu items.

The Grilled Salmon is not something many people expect to find on a Quick-Service menu and is a great option.  (It is served with couscous and steamed broccoli as sides.)

Here are some interesting facts about Columbia Harbor House:

Are you ready for your next Disney Vacation?  Click here for a free, no-obligation quote!