Disneyland’s Tower of Terror to become Guardians of the Galaxy – Mission: BREAKOUT!

Beginning in summer 2017, the outrageous and irreverent gang will appear in Guardians of the Galaxy – Mission: BREAKOUT! – a comically high-energy, rocking new adventure at Disney California Adventure® Park at Disneyland® Resort. You will be right in the mix with characters from the blockbuster “Guardians of the Galaxy” films.

Deep inside his fortress-like collection, the mysterious Taneleer Tivan (aka The Collector) is displaying his newest acquisitions: the Guardians of the Galaxy. They are trapped in customized display cases, suspended over a vast abyss. Unbeknownst to their unscrupulous captor, the intrepid Rocket Raccoon has escaped and is enlisting the Collector’s VIP guests for help. Guests board a gantry lift, which launches them into a chaotic and hilarious adventure as they join Rocket in an attempt to break his fellow Guardians out of captivity. 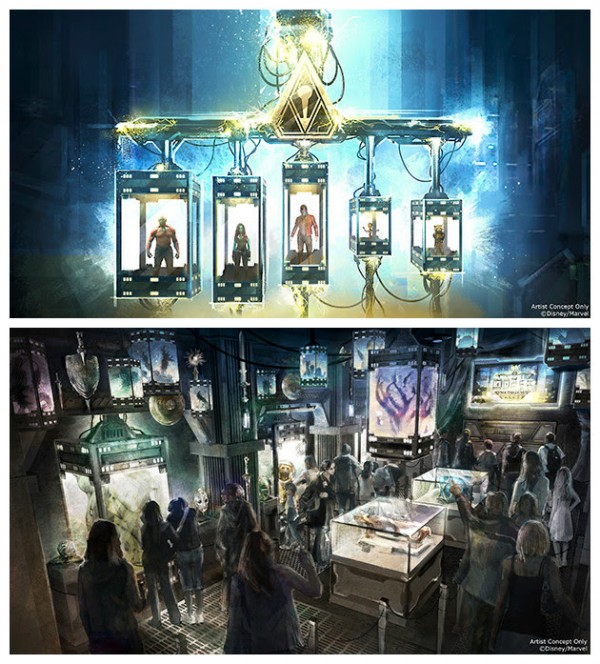 The new attraction will anchor a broader universe of Super Heroes that will grow over time at Disney California Adventure Park. This exciting new presence will transform the structure currently housing The Twilight Zone Tower of Terror™ (scheduled to close in early 2017) into an epic new adventure, enhancing the breathtaking free fall sensation with all-new visual and audio effects to create a variety of ride experiences. You will experience multiple random, unique ride profiles in which the rise and fall of the gantry lift will rock to the beat of music inspired by the film’s popular soundtrack.

Guardians of the Galaxy – Mission: BREAKOUT! opens summer 2017 at Disney California Adventure Park.   Stay tuned, as we’ll bring you more details as the attraction develops as well as opportunities to celebrate The Twilight Zone Tower of Terror™ before it closes in early 2017.

The Twilight Zone® is a registered trademark of CBS, Inc. and is used with permission pursuant to a license from CBS, Inc.