You gotta love this! 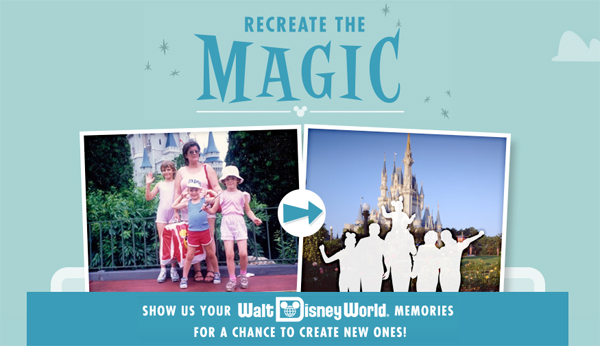 All entries must include a photo of people having a great time at Walt Disney World (“preferably” between 1971 and 1990, but not limited to that time) along with a brief description (no longer than 1,500 words) of the magical memory experienced in the photo. Entrants can submit their photos and memories until 11:59 p.m. on August 11 and judging should end on August 11, 2014, according to the contest’s official rules.

Enter the contest today, and please let us know if you win!