This summer, Disney’s Blizzard Beach Water Park at the Walt Disney World Resort will play host to the inaugural Frozen Games.  Details below, followed by my comments. 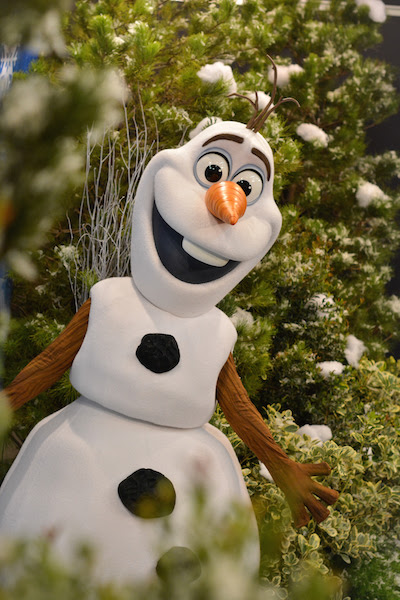 The Winter Games Committee has taken advantage of the freak snowstorm over Central Florida and will host an impromptu sporting event known as The Frozen Games. They’ve even invited Kristoff and Olaf to lead teams of Guests in a day full of fun “Frozen” activities, before the warm sun melts the snow away.

When you visit Disney’s Blizzard Beach Water Park this summer, you can join “Team Kristoff” or “Team Olaf” and participate in a variety of activities, including Ice Pail Relays, a Snowball Toss to Ski Pole Limbo and Slide Races.

Olaf and Kristoff will join the Winter Games Committee members in the games’ Opening and Closing Ceremonies, and will give updates throughout the games to report on their team’s achievements.

My thoughts on Frozen characters appearing at Blizzard Beach:

Okay, I have to ask the question: If Kristoff and Olaf are showing up at Blizzard Beach, was the “freak snowstorm over Central Florida” really a freak snowstorm? I have a feeling Elsa is involved in this. That woman is taking over The World! First it was the Stave Church at the Norway Pavilion in Epcot. Then this Queen moved over to Magic Kingdom and displaced Princesses from Princess Fairytale Hall!

Not content with this, Elsa usurped Cinderella’s Fairy Godmother’s position as official “icer” of Cinderella Castle during the holidays. She’s invaded Hollywood Studios and encourages impressionable young minds to “let it go” multiple times throughout the day. And by all accounts she is going back to the Norway Pavilion later this year to take over what was once The Maelstrom.

The next question I have is: When is she going to make her move to take over Animal Kingdom?