As most hard core Disney fans know, the second story windows on Main Street, U.S.A. commemorate people who made milestone contributions to the Disney company.  If you take a look above Crystal Arts, you’ll find a series of windows honoring Walt’s nephew, Roy E. Disney.

Roy E. Disney is the son of Walt’s brother, Roy O. Disney. He was the Vice Chairman of the Walt Disney Company for many years, and his actions & influence have had a profound impact.

You’ll notice there are a few other names in the three windows.  These are the children of Roy E. Disney and his (ex) wife, Patty. 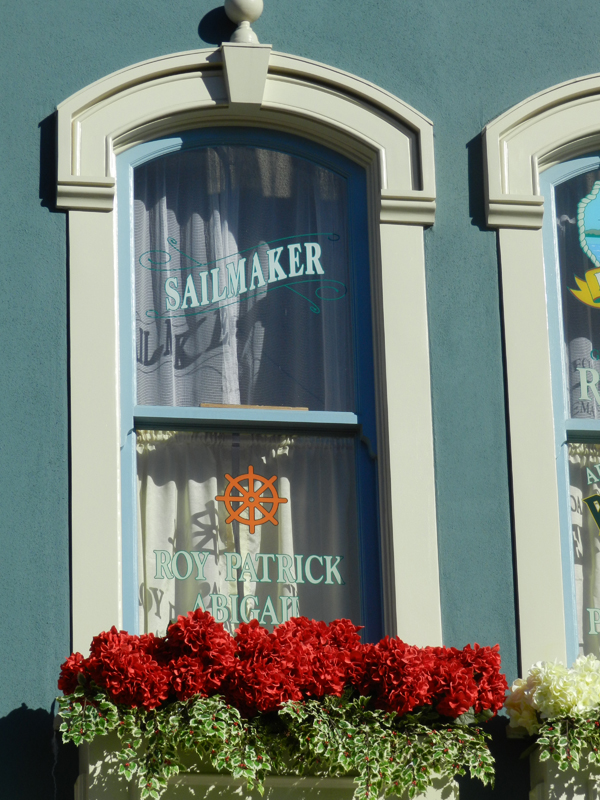 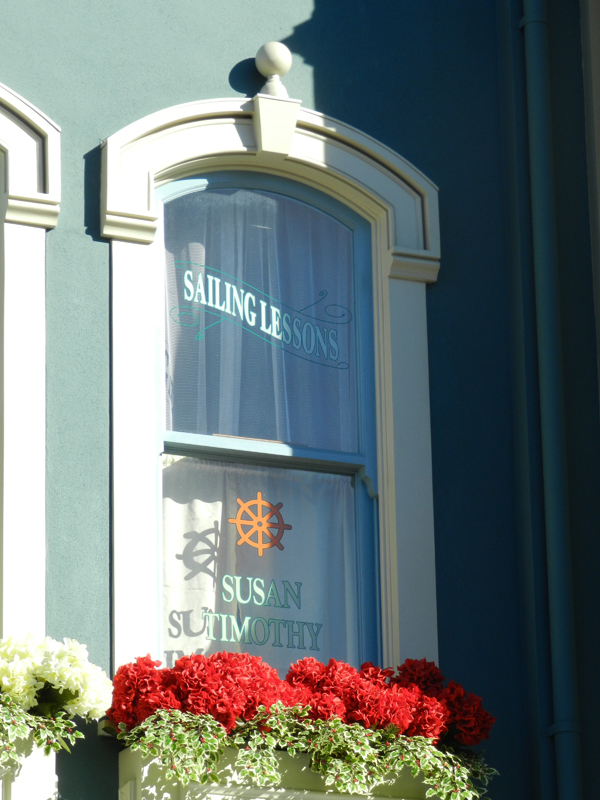 You’ll note the nautical theme for these 3 windows.  Roy E. Disney had a great love for competitive sailing.  (He even received an honorary Doctorate from The California Maritime Academy for his contributions to the sport.) 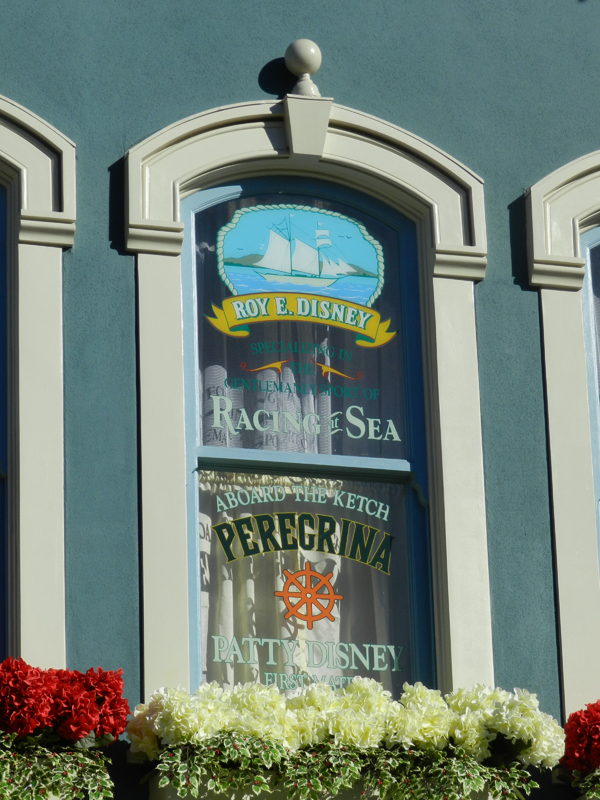