Have you ever met Scoop Sanderson? 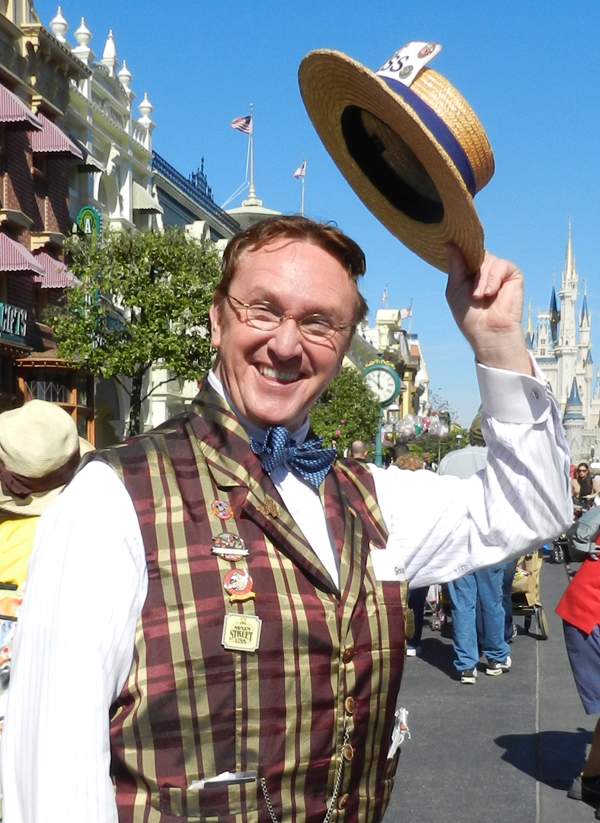 One of the Citizens of Main Street, U.S.A.,  Scoop is, according to his business card, the Main Street Gazette Reporter, Town Councilman and Pinthusiast.  If you’re interested in Disney Pin Trading, Scoop is the man you want to find.  And if you know of anything news-worthy, Scoop wants to hear about it!

The next time you find yourself on Main Street, U.S.A., make sure to ask Scoop about his two dogs, Butterscotch and Licorice. 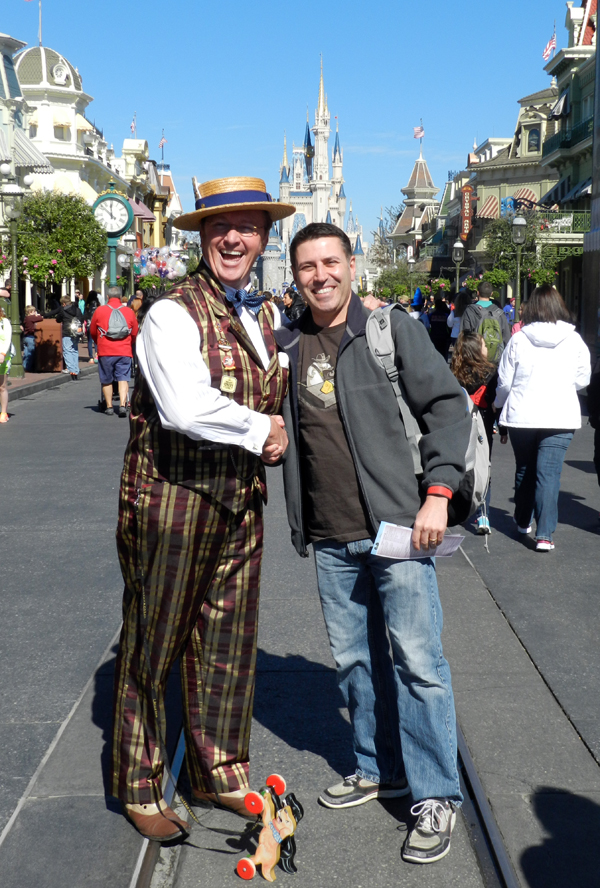 For those of you unfamiliar with Disney pin trading, it is basically the buying and trading of collectible pins and related items featuring Disney characters, attractions, icons, events and other elements. The practice is a hobby officially supported and promoted by Disney.  Many thousands of unique pins have been created over the years.

Pins have always been present at Disney parks, but it wasn’t until 1999 as part of the Millennium Celebration that Disney Pin Trading at the Walt Disney World Resort was introduced. The next year, the craze spread to the Disneyland Resort, which has become the home of most Pin Trading events, but is most popular in Walt Disney World. Since then, Pin Trading has spread to Aulani, Disneyland Paris, Tokyo Disney Resort, Hong Kong Disneyland Resort and Disney Cruise Lines with each location creating their own pins and traditions.  (Update: The trading of pins has been suspended in Tokyo Disney Resort, although pins are still offered as prizes at carnival games, and a relatively small number of pins are available for sale.)

To that effect, I leave you with a quote from Scoop Sanderson himself: “I love the people, and I love making new pin pals. I also really love looking at pins! They are little miniature works of art. I particularly enjoy seeing pins I haven’t seen in a while. They bring back good memories, and it is great to reminisce with friends.”