The new Disney Skyliner transportation system will give Disney Resort Guests an unforgettable journey and a picturesque view of Walt Disney World® Resort as they take to the sky to travel from select DisneyResorts to Epcot® and Disney’s Hollywood Studios®.  Today, we have a new details on what you can expect from the Disney Skyliner system.

Select Disney Skyliner cabins will have iconic Disney characters incorporated into their exterior design to give the appearance that a Disney pal is riding along with guests, such as characters from the ‘Fab Five,’ figures from Disney attractions, fan favorites from movies, and more. 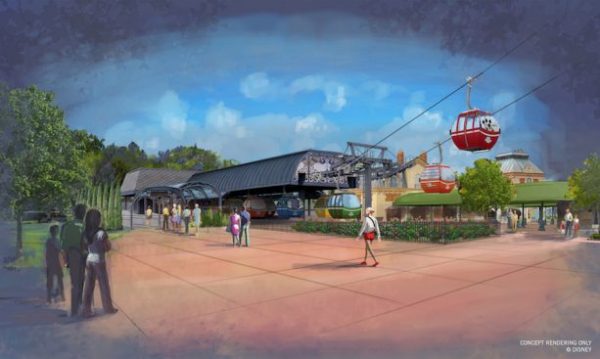 The design of the Disney Skyliner station at International Gateway at Epcot will be inspired by the park’s nearby European Pavilions, and will be covered with metal and glass canopies, hand-painted murals and ornamental steel structures that harken back to the early 18th century Art Nouveau style. Guests traveling to Epcot via the Disney Skyliner will be welcomed to the park with a rare birds-eye view of World Showcase. 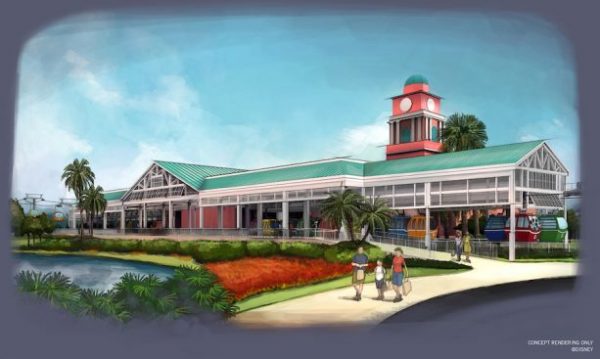 The Disney’s Caribbean Beach Resort station will be the hub of activity for Disney Skyliner. This station is inspired by the open air village marketplaces of the Caribbean and will showcase the nearby resort’s architectural detailing and color schemes. At this station, passengers will be able to transfer gondola routes to reach their destination, or are invited to sit and admire the waterfront resort setting. 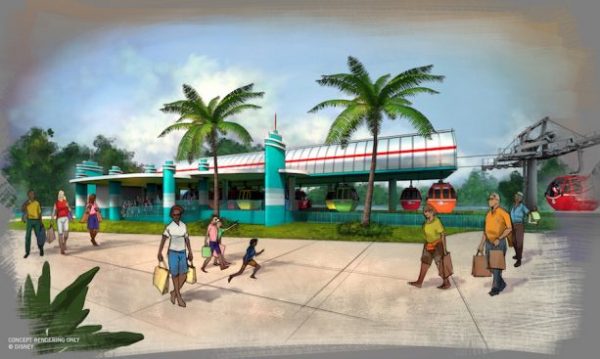 The design style of the station at Disney’s Hollywood Studios will fit with that of the park’s main entrance and bus stations. Passengers traveling here from the Disney’s Caribbean Beach Resort station can expect a new aerial perspective of the park’s iconic attractions, like The Twilight Zone Tower of Terror.

Disney’s Pop Century Resort and Disney’s Art of Animation Resort will share a Disney Skyliner station that feels whimsical and contextual with both resorts. Upon departing the gondola station, Skyliner passengers will ascend over Hourglass Lake and enjoy a panoramic view of these two colorful resorts.

Stay tuned for future updates, including an opening date on this incredible new option!