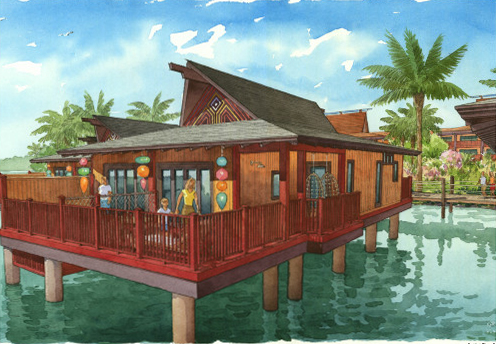 Construction on the new Disney Vacation Club Villas and Bungalows at Disney’s Polynesian Village Resort is progressing nicely.  Today Disney announced some news about them.  The resort will include the largest Deluxe Studios at the Walt Disney World Resort. Each of the 360 Deluxe Studios will sleep up to five Guests and have the ability to connect to another Deluxe Studio. Plus, the new Disney Vacation Club bungalows are the first of their kind on any Disney property. The 20 bungalows will sleep up to eight Guests each in a home-like setting reminiscent of the South Pacific.  Each bungalow will have a balcony with plunge pool, outdoor shower, and speakers that will pipe in the music from the fireworks at the Magic Kingdom!

Similar to Disney Cruise Line ships and The Villas at Disney’s Grand Floridian Resort & Spa, the rooms will each have a bathroom separated into two areas, one with a shower and sink and the other with a sink and tub/shower. Plus, they also will have kitchenettes and enhanced storage for convenience and comfort. 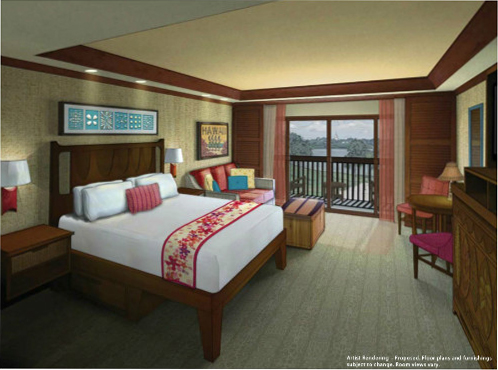 And, like all Disney Deluxe Villa Resorts, rooms at Disney’s Polynesian Villas & Bungalows are available to anyone when not in use by Disney Vacation Club Members. Of course, with only 20 bungalows, availability is going to be extremely limited. 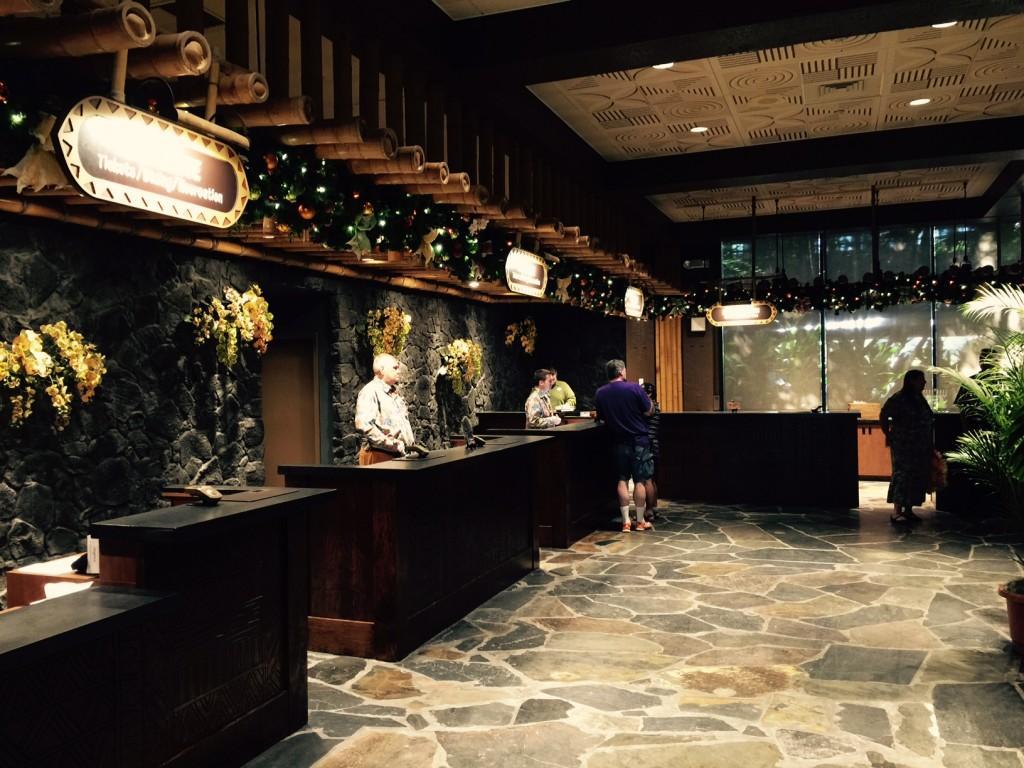 The additions are part of an overall renovation of the iconic resort hotel. A re-imagined Great Ceremonial House will welcome you to a tropical destination where Disney magic meets South Seas hospitality. When complete, the resort will also include an enhanced feature pool, new food and beverage offerings, including Pineapple Lanai where you can get a Dole Whip, and a new Trader Sam’s Tiki lounge that will feature exotic cocktails and Polynesian-themed small plates. 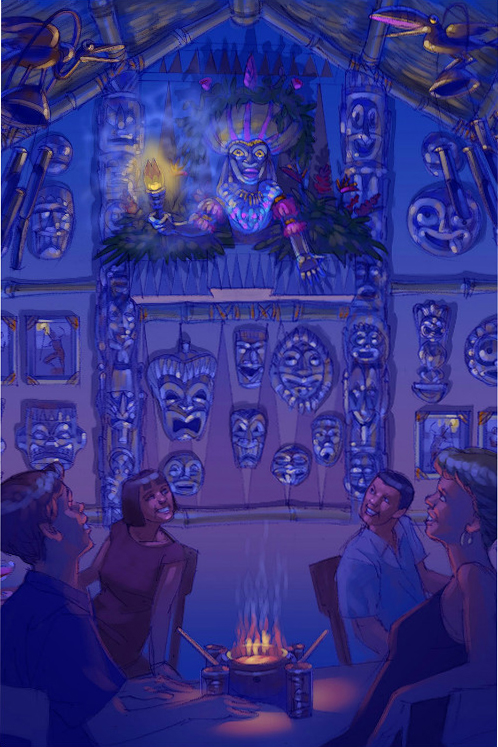 The first phase of Disney’s Polynesian Villas & Bungalows is scheduled to open in 2015.

Do you want to visit Walt Disney World?  Click here to request a free quote!