Season of the Force Celebrates Star Wars at Disneyland Park!

At Disneyland® Park in Southern California, they’re celebrating the excitement around all things Star Wars with brand-new themed experiences in Tomorrowland beginning Nov. 16, 2015. Season of the Force will take you to a galaxy far, far away with special experiences: 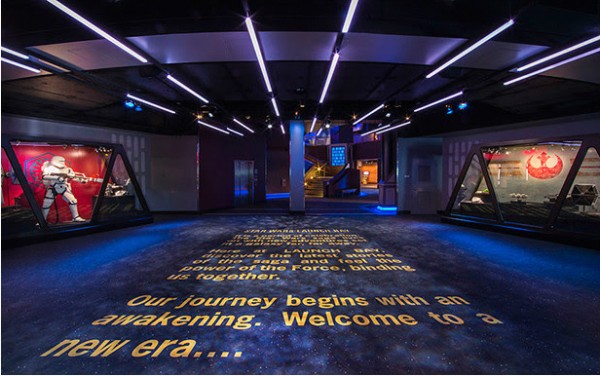 This new area will offer opportunities to visit with favorite Star Wars characters, special exhibits, peeks at the upcoming Star Wars: The Force Awakens, and much more.

Explore the Dark and the Light in Themed Galleries 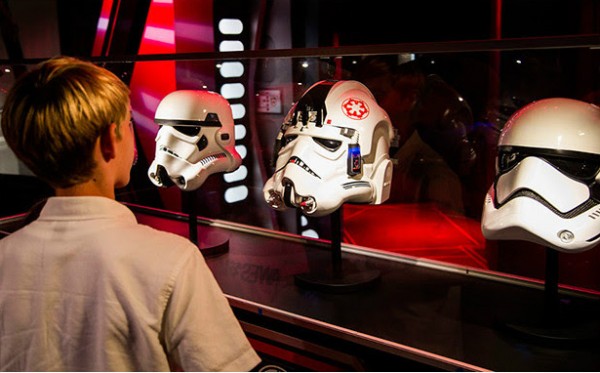 Starship Gallery – Discover models of famous starships from throughout the Star Wars saga.

Guests will launch into a galaxy far, far away aboard Hyperspace Mountain, finding themselves in an action-packed battle between Rebel X-wings and Imperial TIE fighters.

This popular attraction will feature a new scene inspired by the upcoming film, Star Wars: The Force Awakens.

Choose the dark side or the light at this new themed food and beverage location. In the space that currently hosts Tomorrowland Terrace, the Galactic Grill will serve up specialty menu items inspired by both sides of the Force. Here is a look at some of the menu options:

Star Wars: Path of the Jedi

Re-live Luke Skywalker’s path to becoming a Jedi in a film that recaptures favorite Star Wars moments on the big screen. The Tomorrowland Theater presents Star Wars: Path of the Jedi, an exclusive cinematic event.

Jedi Training: Trials of the Temple

Opening Dec. 8, 2015, Guests will experience a twist on the Jedi Training experience when they encounter new characters and a new villain from the popular Disney XD series, Star Wars Rebels.

Choose your side and experience Season of the Force at Disneyland Park in California!  Click here to begin the journey to your next Disney Vacation!