Star Wars on Disney Cruise Line?  It didn’t take a Jedi Master to foresee this coming!  In 2016, Disney Cruise Line Guests can celebrate the legendary adventures and iconic characters from the Star Wars saga during a brand-new, day-long celebration aboard eight special sailings on the Disney Fantasy: Star Wars Day at Sea.

Occurring one day during each of eight Disney Fantasy sailings, Star Wars Day at Sea will transport you to a galaxy far, far away – in the Western Caribbean. The event will feature a full day of Star Wars celebrations, including a deck party, meet-and-greets with favorite characters, Star Wars-themed youth activities, unique food and beverage offerings and special merchandise.  Can you expect to find R2-D2 serving drinks or meet Princess Leia in her metal bikini?  I do not know. 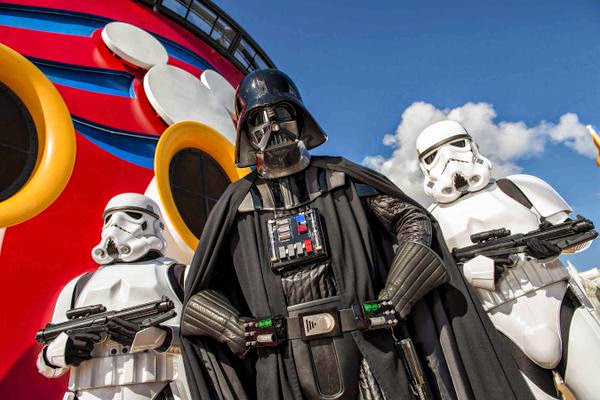 By all accounts, the Star Wars Day at Sea will  take place in addition to Pirate Night.  I wonder if they’ll throw a Frozen Day at Sea in there, too…

Let the Force flow through you on the Disney Fantasy!