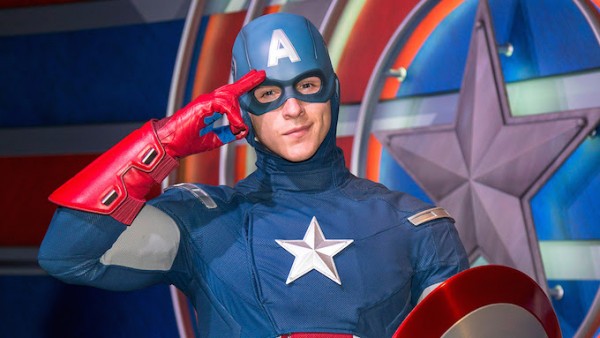 It seems like Super Hero HQ in Tomorrowland at Disneyland just opened five months ago, and now the last day to experience it will be April 2, 2016.

That means it’s your last chance to suit up at Iron Man Tech Presented by Stark Industries or journey the Bifrost for an encounter with the Mighty Avenger at Thor: Treasures of Asgard.

But this doesn’t mean Marvel Super Heroes are going away entirely.  Beginning April 3, 2016, both Captain America and Spider-Man will make appearances at Disney California Adventure in Hollywood Land.

I’m very glad that Cap is coming back to meet people, but this whole announcement has me really curious as to what is going to be going on at the former Innoventions building.