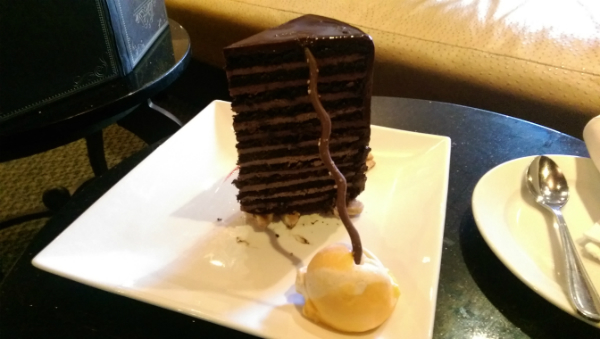 As promised, on my trip to Disneyland and the D23 Expo in August, I went to the Disneyland Hotel’s Steakhouse 55 to try out their famous 24 Layer Chocolate Cake.  When I mentioned to the hostess that I was only there for the dessert, she recommended that I order it in the Steakhouse 55 Lounge.  I did not know I could do that, so I was very happy to learn something new. 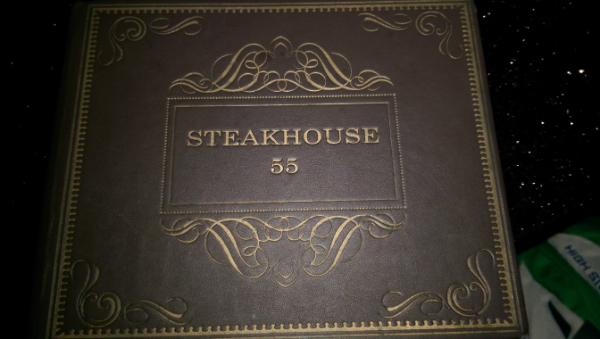 It took about 10 minutes for my slice of cake to be delivered after I placed the order.  It was well worth the wait.

First, please note that this cake is so tall they had to prop it up with a chocolate “twig.”  They also placed some pieces of some kind of toffee or nut brittle underneath the cake.  I suppose these helped balance it on the plate somehow.  (They were all tasty, by the way.) 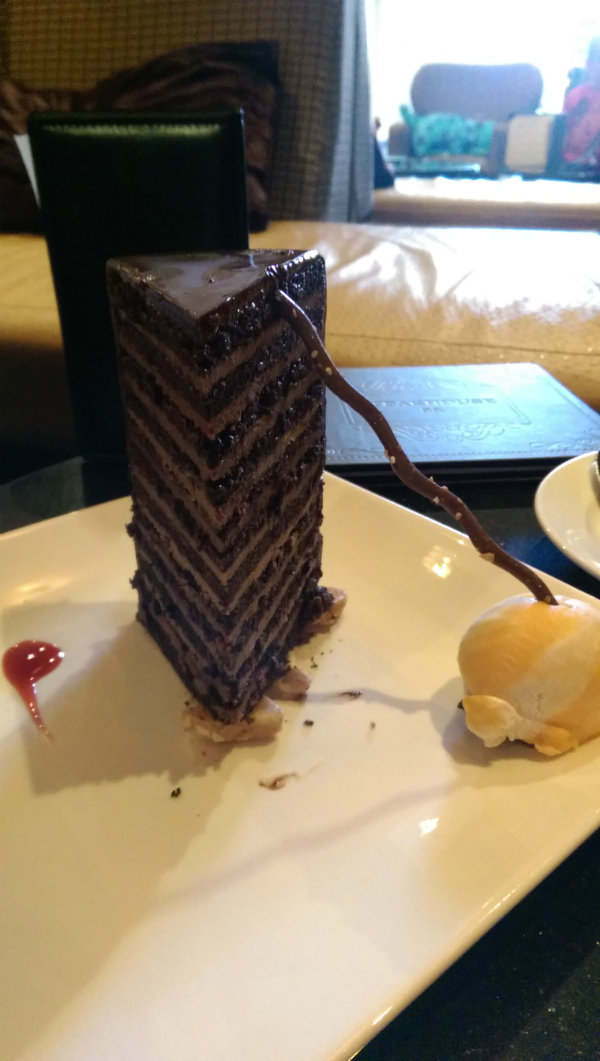 The second thing to note is the scoop of ice cream.  I was somewhat surprised by the flavor — it was a combination of vanilla ice cream and orange sherbet, which combined to give a gourmet version of the orange creamsicle flavor.  This turned out to be a excellent choice as it allowed you to refresh your palate while still providing a great compliment to the deep and multi-dimensional chocolate flavors in the cake.

I know there are some who might prefer to eat the 24 layer chocolate cake accompanied by a glass of milk.  It’s been years since I drank any type of milk other than raw milk, and I wasn’t about to ruin my experience by attempting to drink the 2% milk they serve here.  (2% milk tastes like chalk-water to me.)  And, for the record, I think the ice cream they served with the cake is a better choice than even a glass of raw milk.

The cake itself was truly incredible.  The chocolate sponge cake layers were perfectly moist and delicious.  The dark chocolate ganache icing was perfect, and each layer of filling was amazing by itself — 75% dark chocolate, milk chocolate, and Nutella.  But the combination of all of the layers together just blew me away!  Anyone who knows me knows I love desserts, and especially chocolate desserts.  The 24 layer chocolate cake at Steakhouse 55 easily jumped to the number three spot on my list of top five chocolate cakes.  It doesn’t get much better than this! 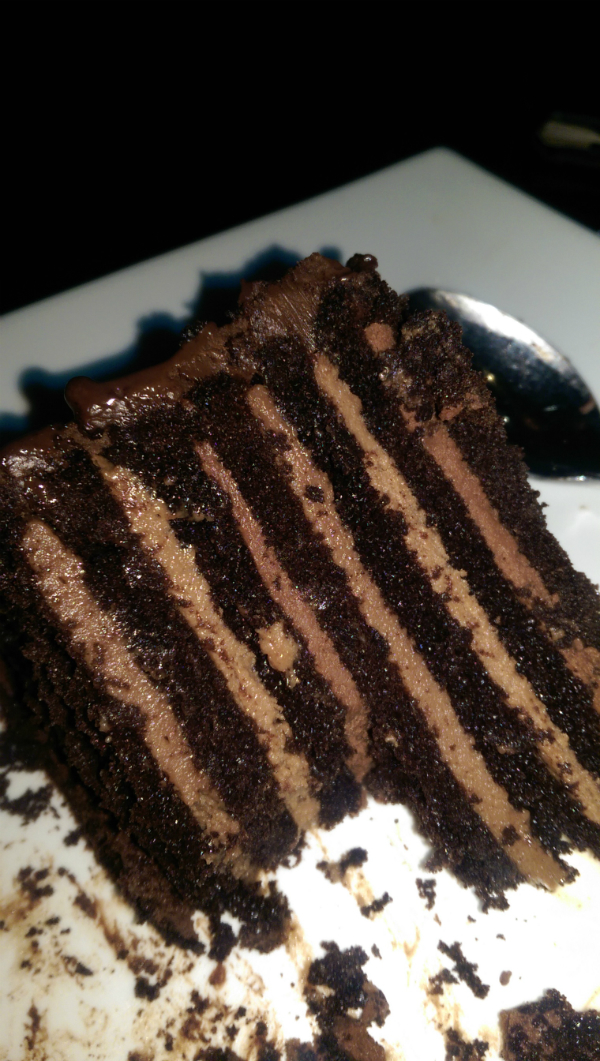 Given the size of this cake, I would probably recommend splitting it between two or three people.  As there are very few people I am willing to share a dessert with, I decided to eat the 24 layer chocolate cake on my own. Sadly, I am not as young as I once was and I’m embarrassed to admit I could not finish the entire slice of cake. 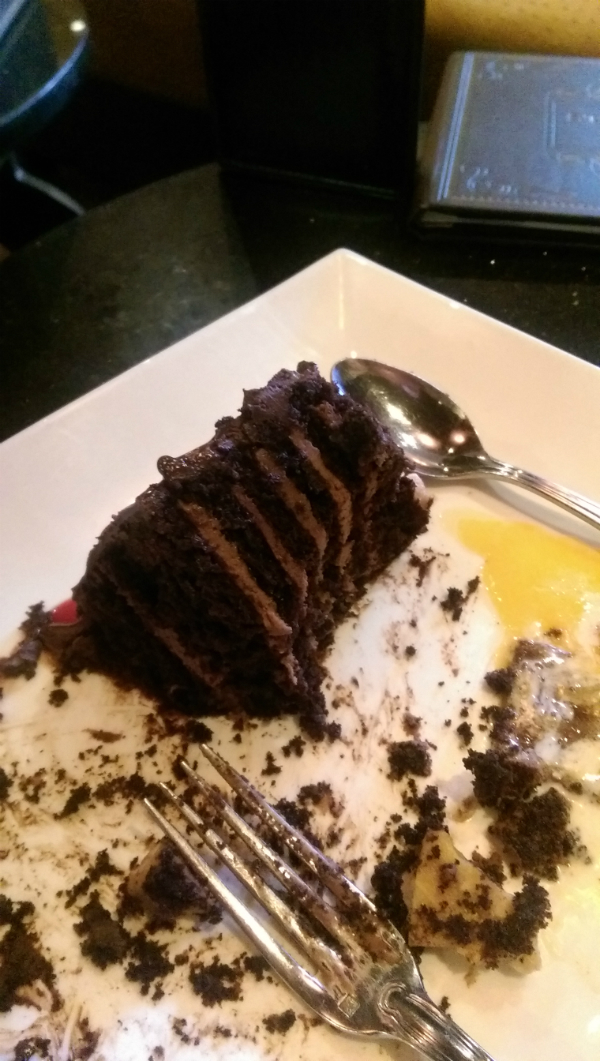