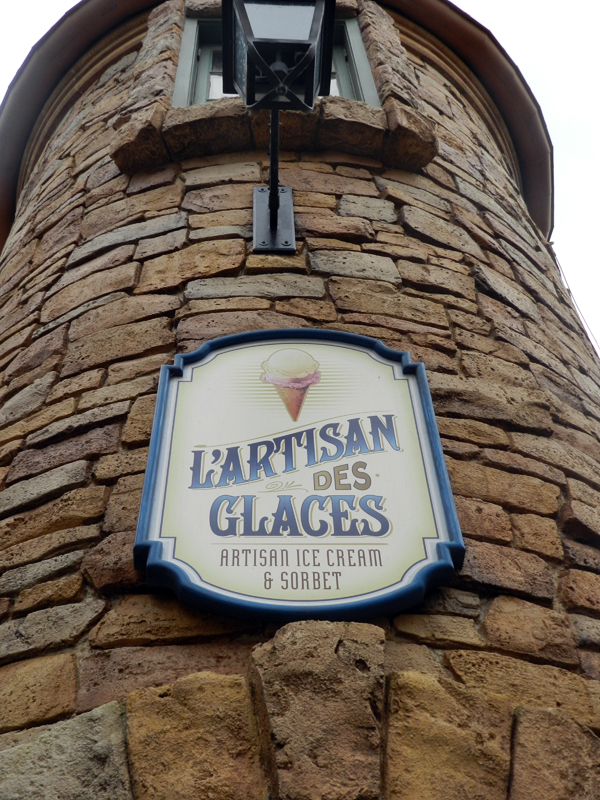 In Epcot, at the France Pavilion, you will find L’Artisan des Glaces, selling artisan ice cream and sorbet.  (Don’t ask me how to pronounce that; I will butcher it.  Despite having done very well in my French courses in college, I was never able to do a good job of speaking French.  I could read French very well, and I could understand it pretty well, but I just could not generate the proper sounds.  To give you an idea of how bad my speaking was, when I went to Disneyland Paris, every French person I spoke to for over a minute would switch to English. )  The point is, this shop sells ice cream. 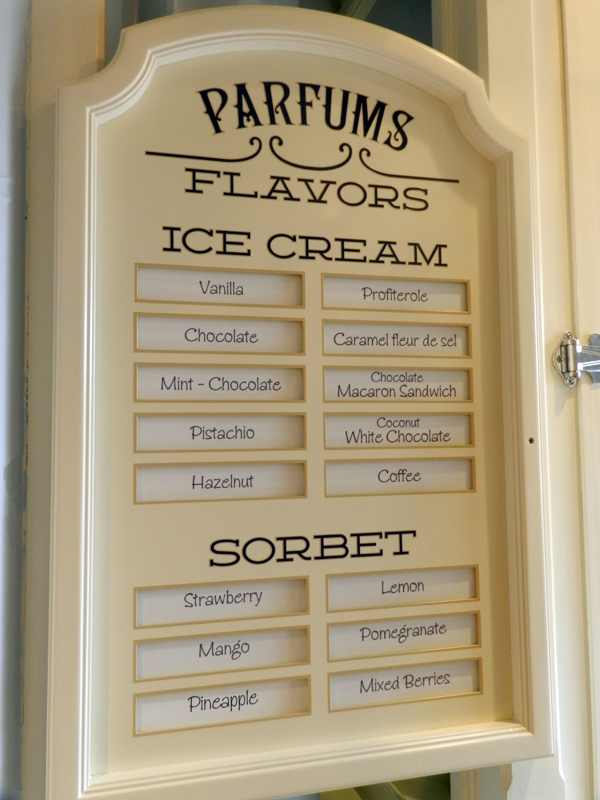 They have a pretty good selection of ice cream and sorbet, and I swear that every flavor I have tried tasted like it was just made that morning with fresh ingredients.  I was very, very impressed.  (And yes, I am an ice cream snob as well as a pizza snob.) 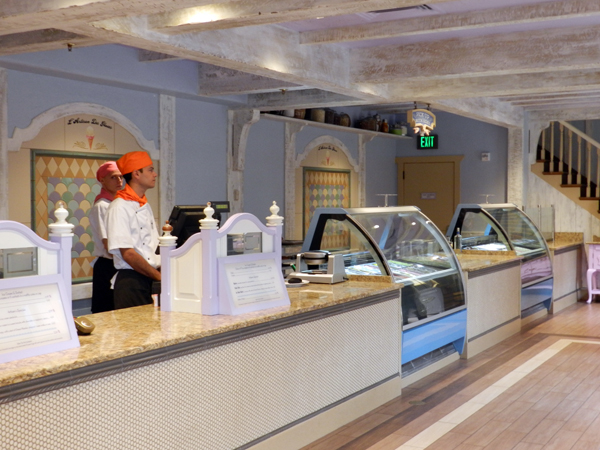 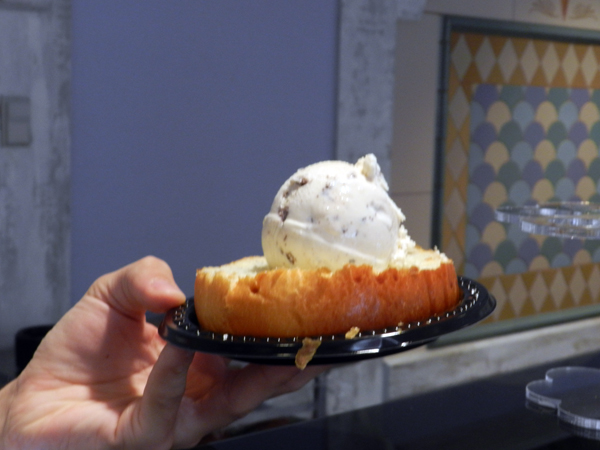 I chose the mint chocolate ice cream, and the Cast Member pulled out a brioche roll, split it in half, and put a big scoop of my selected ice cream on top.  Next, he added chocolate syrup. 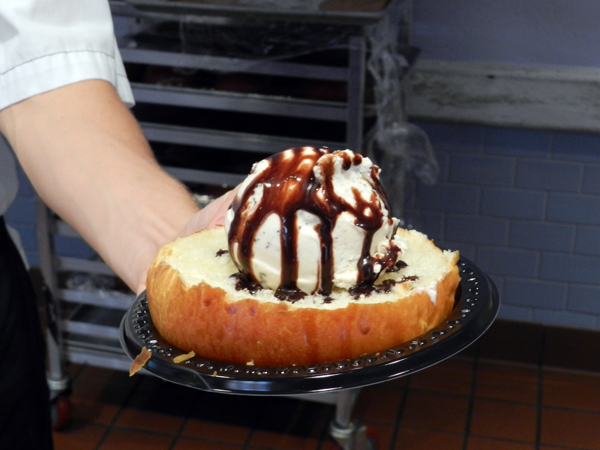 Then, he placed the other half of the roll on top of the ice cream and placed it in the machine. 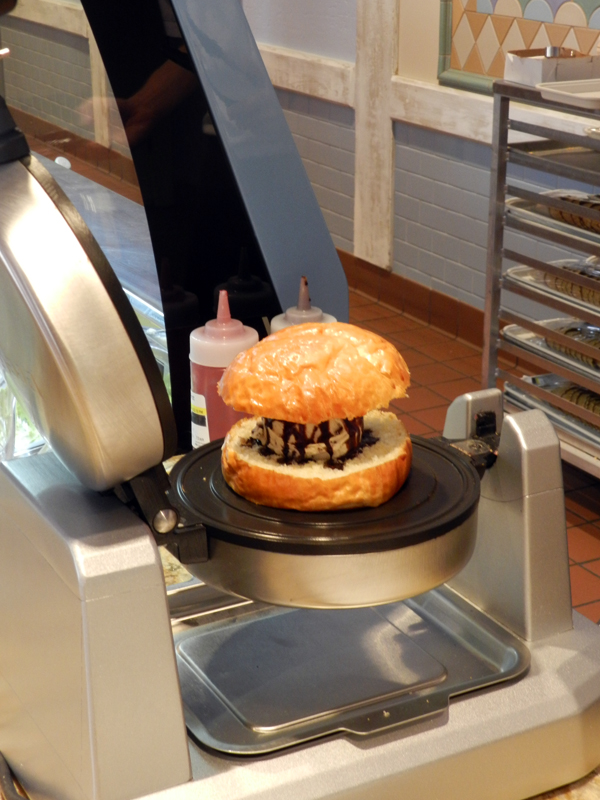 The machine was then closed for a few minutes. 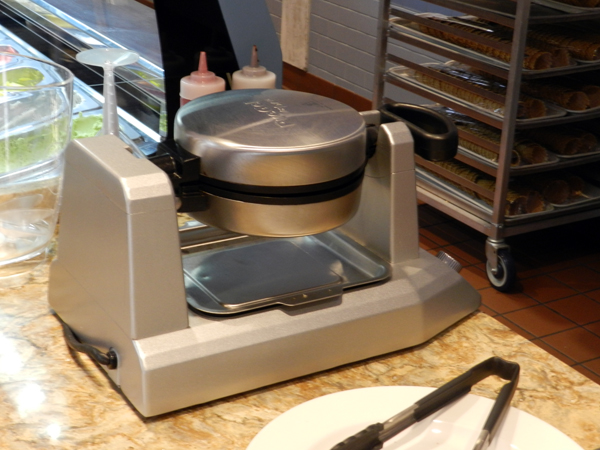 And it was then handed to me. 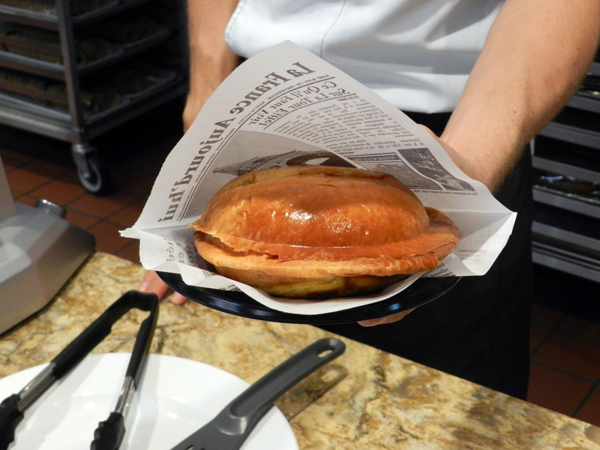 The edges of the sandwich were sealed, and it was very hot.  It looked neat, but I imagined there would nothing inside except melted ice cream.  I couldn’t have been more wrong. 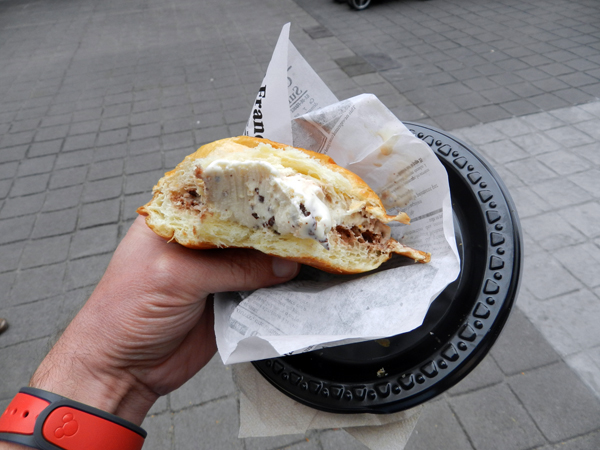 The end result was awesome!  The bread was crispy on the outside, and hot & soft on the inside.  The ice cream at the perfect temperature — still cold but soft — so that you got the full flavor.  (You did know that the temperature of ice cream affects the flavor, didn’t you?)  It was great!

To be fair, I know people who didn’t love this kind of sandwich as much as I do.  They usually don’t care for the brioche.  But I loved it, and I plan to have one again at the first opportunity!  Have you had one of these sandwiches?  What did you think of it?