If you’ve read my article on Via Napoli, you know that I’m a pizza snob.  During my most recent trip to Disney World, I decided to revisit Via Napoli to see if they were still up to par.  My good friend John Saccheri joined me for lunch.  After some debate we ordered the large pie, which can be made half one way and half the other.  John chose the traditional Margherita pie, and I chose the Quattro Formaggi.  (That translates to “four cheese” if you didn’t know.) 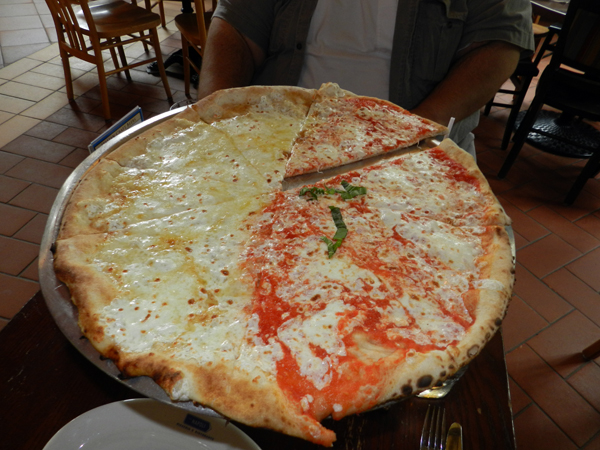 This pizza did not disappoint me.  In fact, it blew me away.  Both sides of the pizza were near to perfection.  They were not greasy or heavy.  On the contrary, both pizzas were light and fresh.  The sauce on the Margherita pie was incredible, and the crust was so delicious that I didn’t even leave any pizza bones on my plate.  I could barely believe that the Quattro Formaggi — a white pie (meaning there is no sauce) with a heck of a lot of cheese — tasted so light that I didn’t feel like I was eating something heavy.  As someone who can easily eat four slices of real (i.e., NJ or NY) pizza, I was shocked to find myself feeling full after two slices. 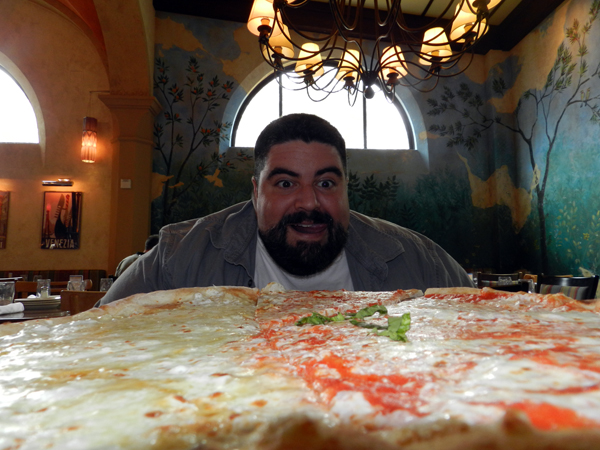 John, a New York native, agreed with my assessment of the pizza.  Clearly, Via Napoli continues to deliver top quality pizza that has this NJ boy telling people that yes, there is actually great pizza to be found in Florida!

Have you tried the pizza at Via Napoli?  Comment below and let me know what you think of it!