The Wildest Ride in the Wilderness!

When I was younger, I was not a fan of roller coasters.  I soured on them back when I was around six years old at a friend’s birthday party.  The children’s amusement center has this little roller coaster that had the typical wavy, oval-shaped track and a train of cars that jerked along every rise and every dip.  Without fail, riding that thing gave me a huge, whiplash-induced headache.  A few years later, my family went to Great Adventure (i.e., Six Flags) and the mere sight of the giant, steel-framed monstrosities with multiple inversions instilled fear into my heart.  Watching my brother puke his guts out after riding one of the bigger coasters led me to the conclusion that roller coasters were not for me.

Then came my first trip to Walt Disney World.  My intense study of my aunt’s park map and her description of the indoor roller coaster where it was as black as space cemented my decision to have nothing to do with Space Mountain.  I was confounded, however, by the “runaway mine train” concept of Big Thunder Mountain Railroad.  My aunt described it as her favorite ride besides “it’s a small world” and told me it had neither loops nor big drops, and that you could see dinosaur bones and geysers. I should clarify here:  My aunt was actually my great-aunt, and about 70 years old at that time.  I figured it couldn’t be that bad if it was one of her favorite rides, and I really wanted to see those dinosaur bones!  (Ah! The logic of a ten-year-old!) 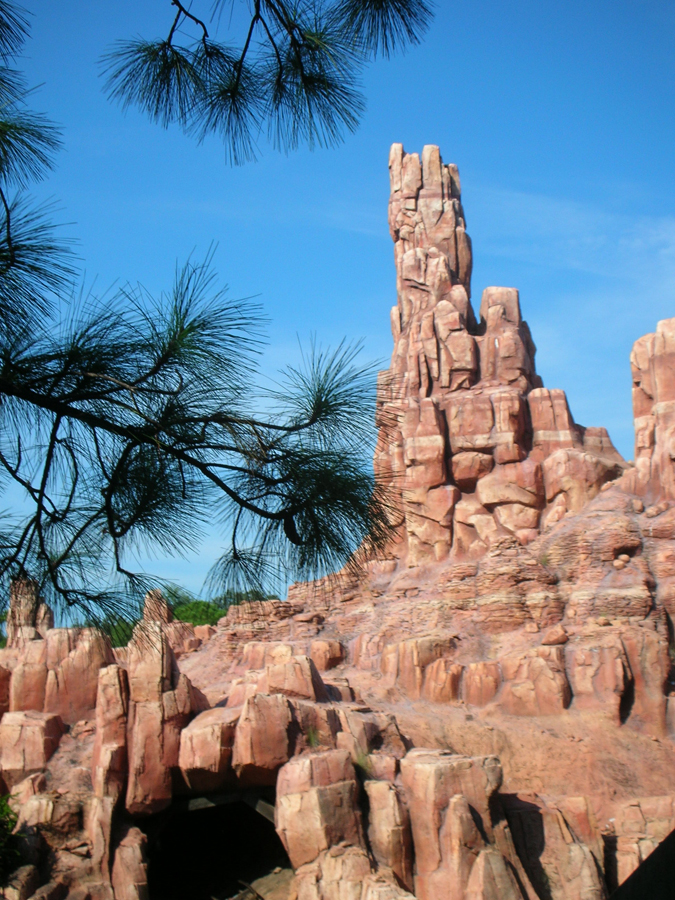 So I included Big Thunder Mountain on our itinerary for the first day in the Magic Kingdom.  I made sure to put it after our jaunt to Tom Sawyer Island and before Pirates of the Caribbean.  I bravely approached the queue, only to read a warning that loose items, such as my giant coke-bottle eyeglasses, were in danger of being ripped from my face by the wind as the runaway mine car hurtled down the track at speeds that would almost breach the sound barrier. Despite the cajoling of my mother and my brother, I decided to wait until AFTER my brother rode it.  If he didn’t puke after he got off, I would consider getting in line again. 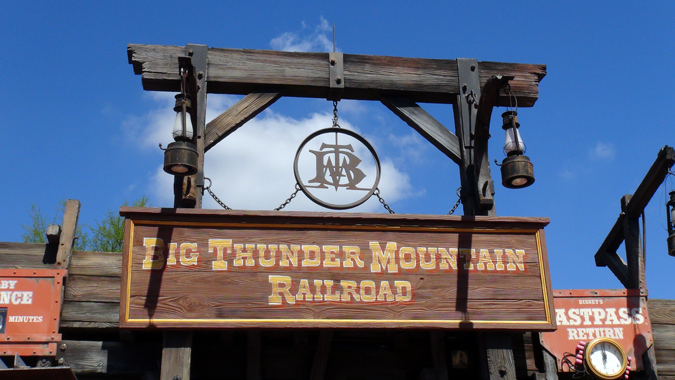 After a 30 minute wait, followed by the three-and-a-half minute ride, my brother emerged from the depths of the gold mine with absolutely no nausea at all.  I followed through on my promise and got on line to experience it for myself.

What did I think of it?  How wild is the wildest ride in the wilderness?  Could a ten-year-old boy actually think that this roller coaster was too much to handle?  Well, let’s see what a four-year-old boy thinks of it… 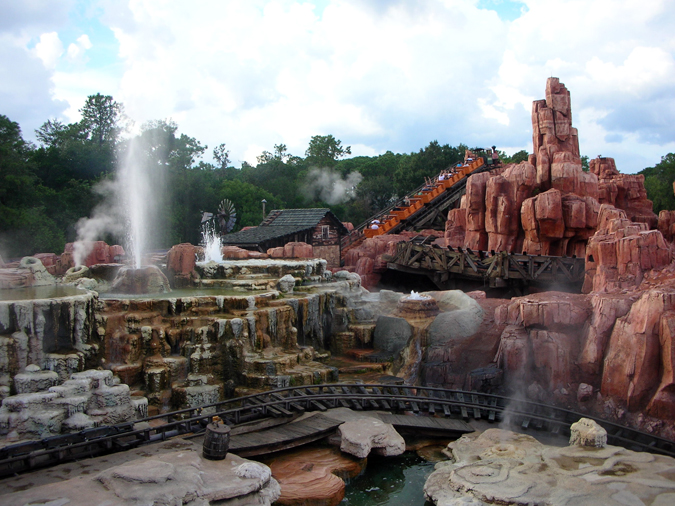 • At an average speed of 30 mph, a ride on Big Thunder Mountain Railroad is faster than a ride on Space Mountain.  Also, the hotter the day, the faster the ride.  Sun-heated grease can increase the train’s speed up to 33 mph.

• At night, the town of Tumbleweed lights up and you can see the silhouettes of people having fun in the saloon. 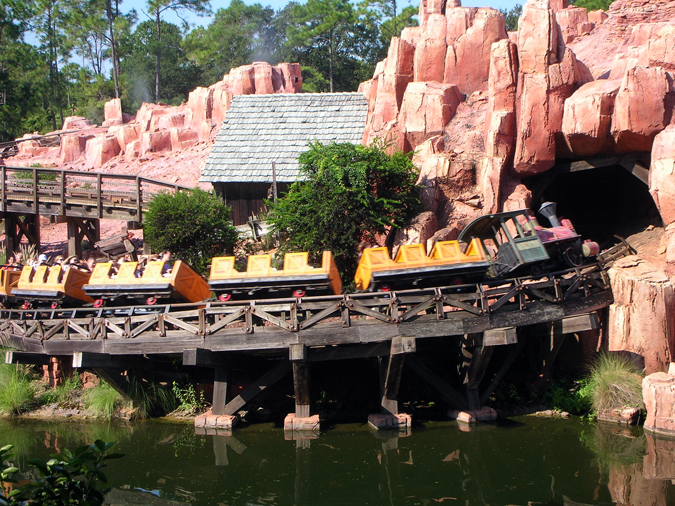 Finally, here’s an extremely well-done ride through for your viewing pleasure.