This morning, Josh D’Amaro, Chairman of Disney Parks, Experiences and Products, took the virtual stage at the IAAPA Expo: Virtual Education Conference, where he shared a behind-the-scenes look at the lessons we’ve learned over the past year, and the ways we’re moving forward into 2021 and beyond.

As Josh shared in his talk, the end of the year is always a time for reflection – and to chart a path for the year to come. While we never could have imagined what this year would hold for our company, we’ve learned so much.  Now, as we look to the future, there are new and exciting milestones on the horizon. While the pandemic meant putting some projects on pause, we never stopped dreaming up new experiences. And we are looking forward to inviting our guests to see what we’ve been working on.

There are groundbreaking new updates coming to Disney destinations around the world. As Josh shared in his update today, progress is currently being made on several projects across the globe that are pushing the boundaries of innovation and storytelling like never before.

Here’s a special peek at some of the announcements Josh made today:

More details were also shared on the next generation of immersive Disney experiences currently in development, including updates on Avengers Campus, the historic transformation of EPCOT and more.

Progress continues to be made toward the completion of Avengers Campus at Disneyland Resort and Disneyland Paris. As we’ve shared, this new land will invite guests to team up with the Avengers and their allies in a fully immersive land.

The Worldwide Engineering Brigade (better known as WEB) building will soon house our newest attraction, WEB SLINGERS: A Spider-Man Adventure where guests will be able to board vehicles and help Spider-Man take control of an army of Spider-Bots that have taken over Avengers Campus.

The resort will feature contemporary Art Deco style and include one of the largest publicly viewable collections of Marvel artwork in the world. 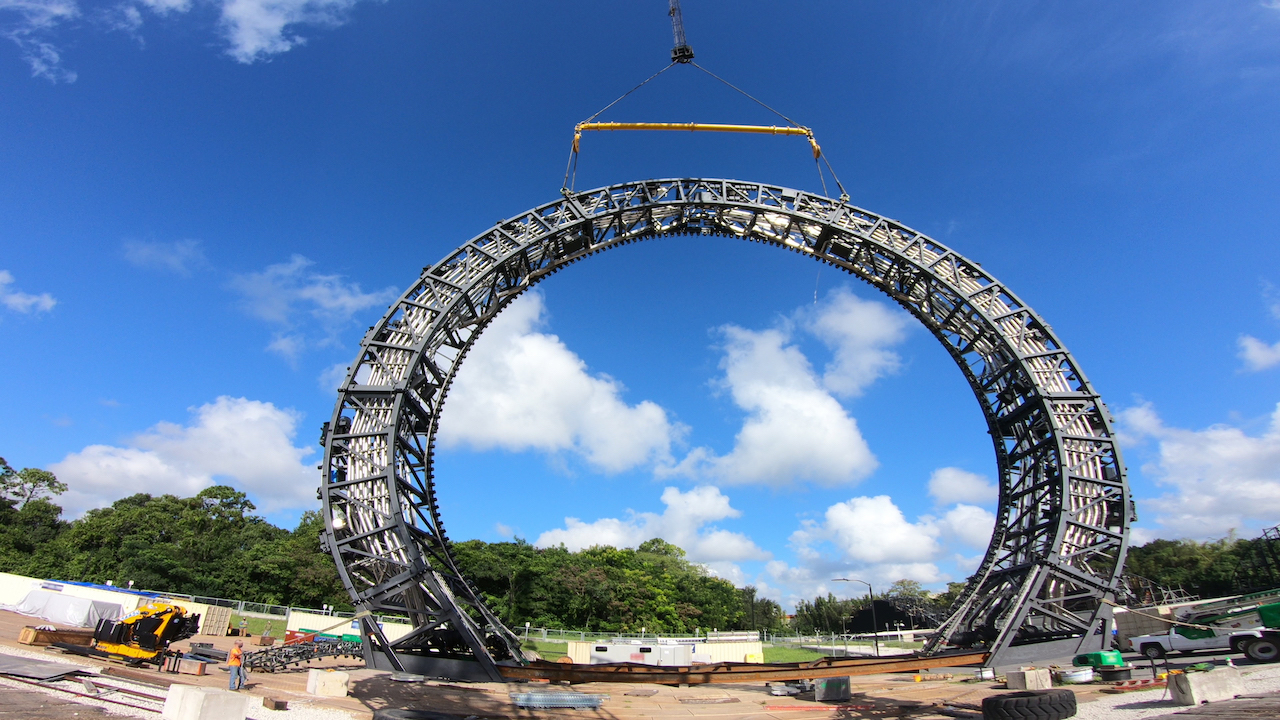 At Walt Disney World Resort, work is continuing on the historic, multi-year transformation of EPCOT, including “Harmonious,” Guardians of the Galaxy: Cosmic Rewind and Remy’s Ratatouille Adventure.

“Harmonious” will be one of the largest nighttime spectaculars ever created. It’ll feature the hallmarks of a Disney experience, including music and images, reimagined by diverse cultural musicians and artists from around the world.

Work also continues on Guardians of the Galaxy: Cosmic Rewind – the family-friendly “storytelling coaster” featuring a groundbreaking ride system with vehicles that rotate 360 degrees and can even do a reverse launch! 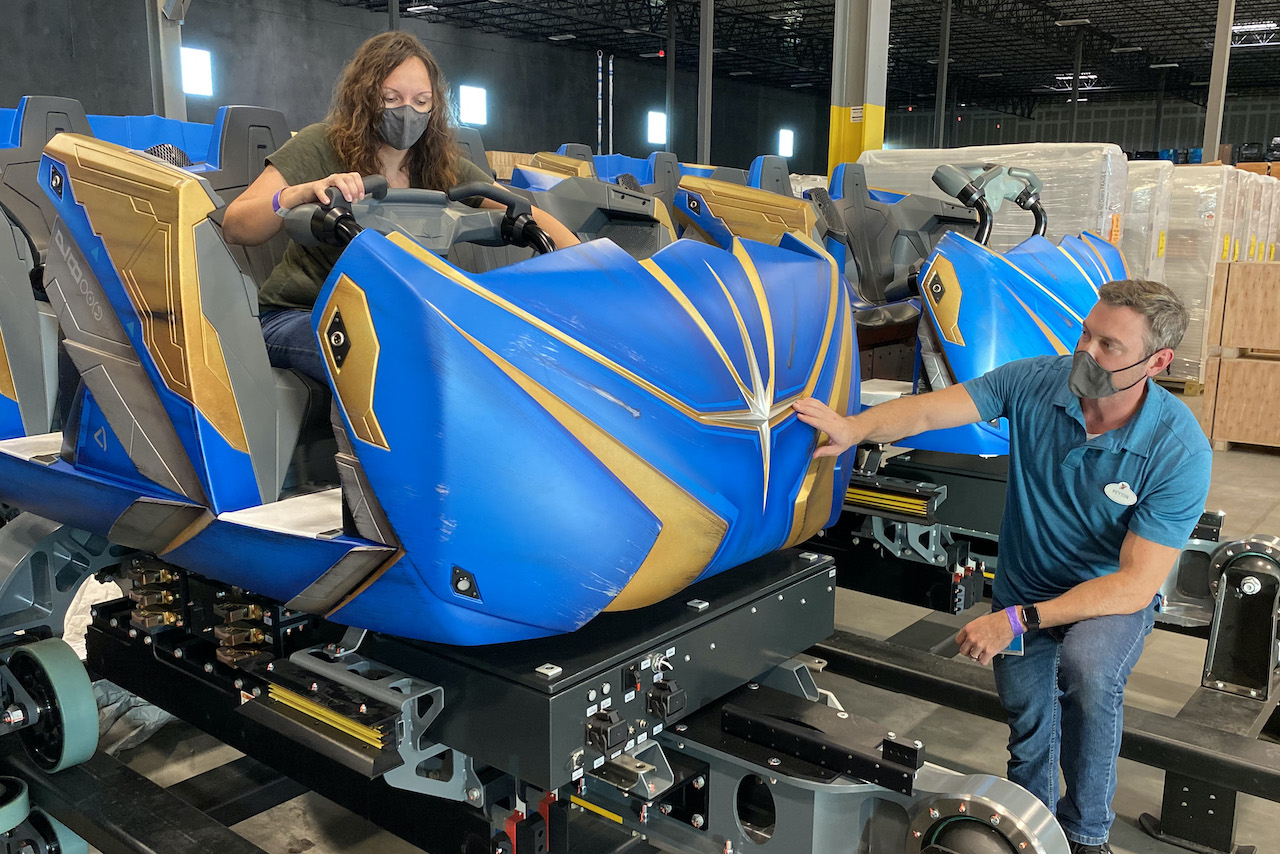 The Omnicoaster is a first- of-its-kind programmable roller coaster ride system, where guests can be rotated along the ride track in any direction while traveling at high speeds. The Omnicoaster name builds upon the tradition of the Omnimover ride system in which Walt Disney Imagineers are able to turn guests in any direction and focus their attention on a specific scene or element. 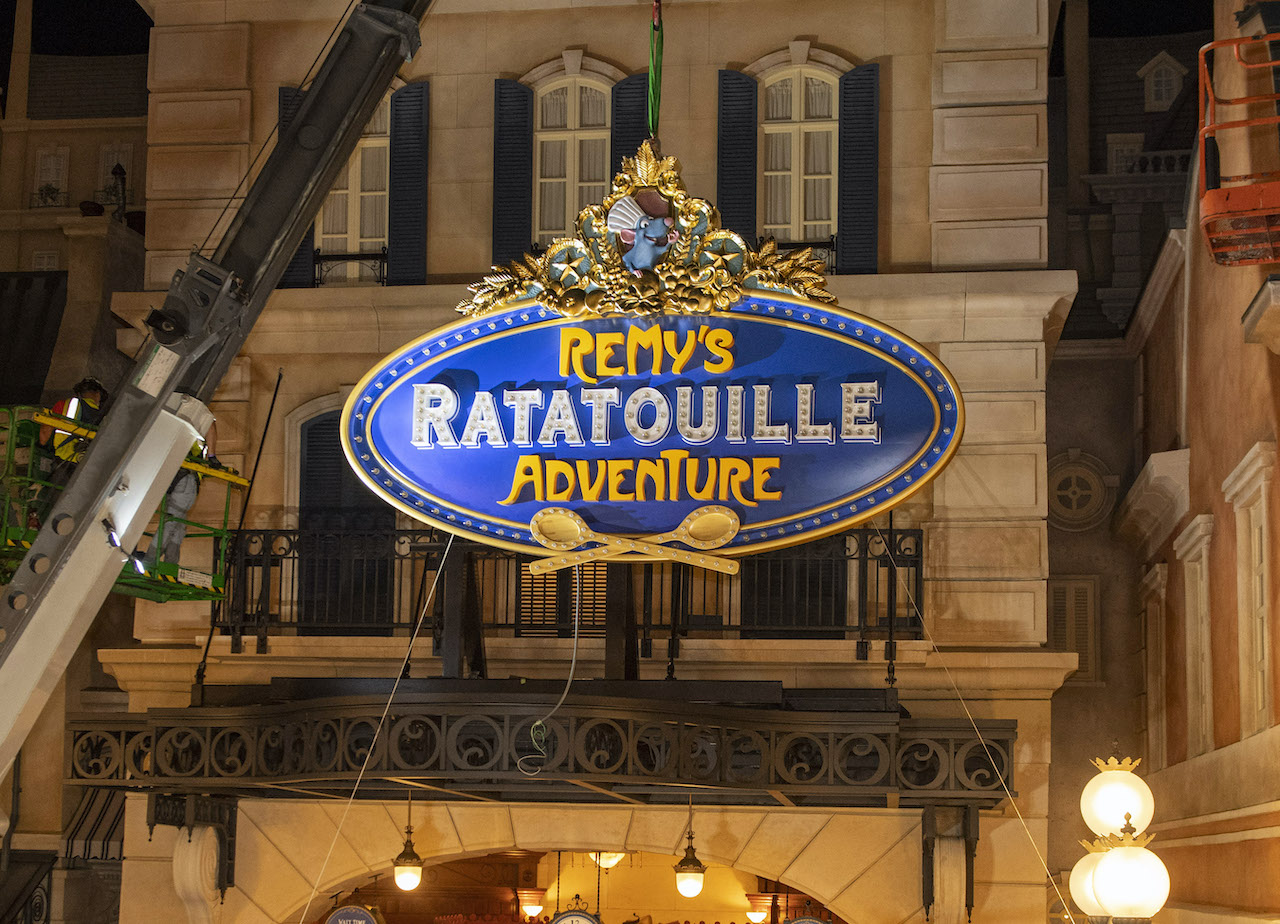 And plans are on track to open Remy’s Ratatouille Adventure in 2021.  Based on Disney and Pixar’s hit film, “Ratatouille,” this family-friendly attraction will invite you to shrink down to the scale of a rat for a culinary adventure with Chef Remy. During each adventure, you’ll race across Gusteau’s kitchen floor aboard special trackless ride vehicles in a thrilling 3D chase. 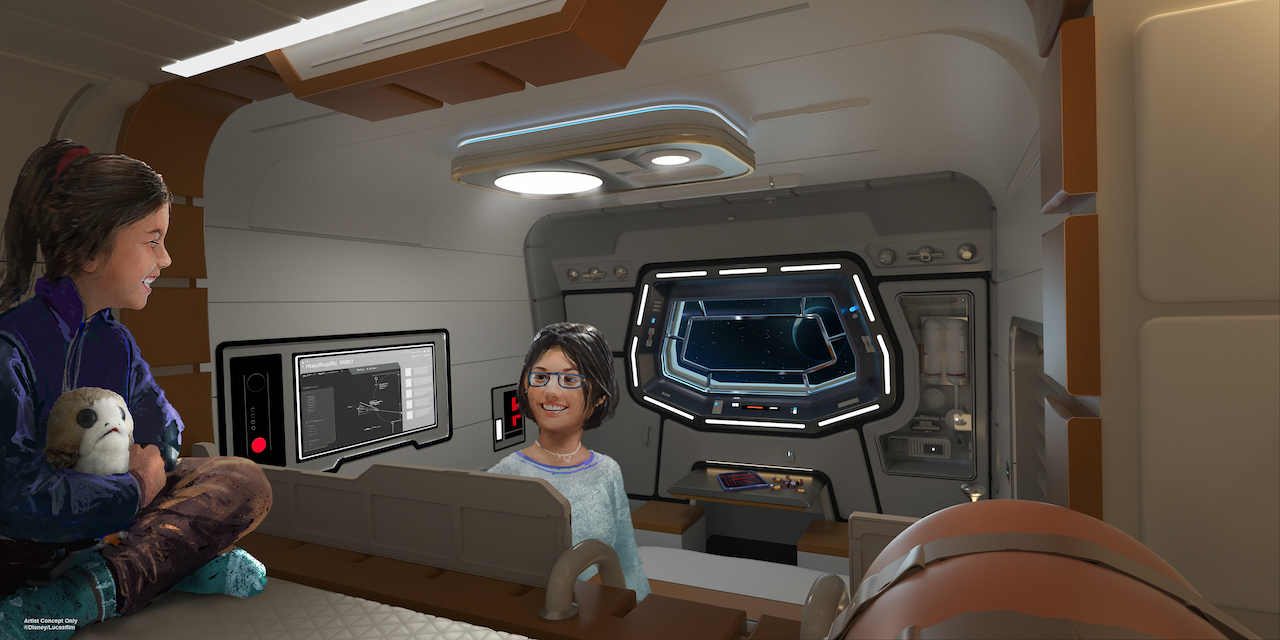 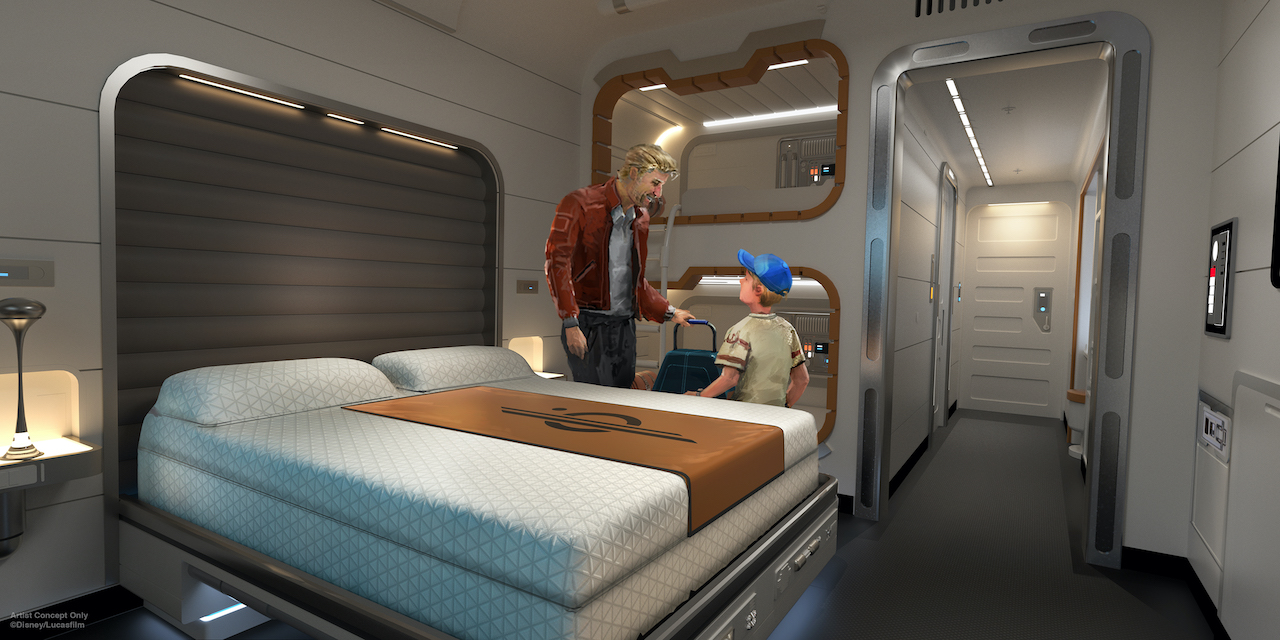 In a galaxy far, far away, progress continues at Star Wars: Galactic Starcruiser, where guests will live aboard a starship for a 2-day, 2-night experience. Unlike any typical cruise, though, you can become the heroes of your own Star Wars story in a new type of immersive experience that only Disney could create.

Guests will cruise the galaxy in style aboard the Halcyon, known for its impeccable service and exotic destinations. Onboard, you’ll stay in well-appointed cabins, experience onboard dining, make a planet-side excursion to Black Spire Outpost on Batuu and much more. 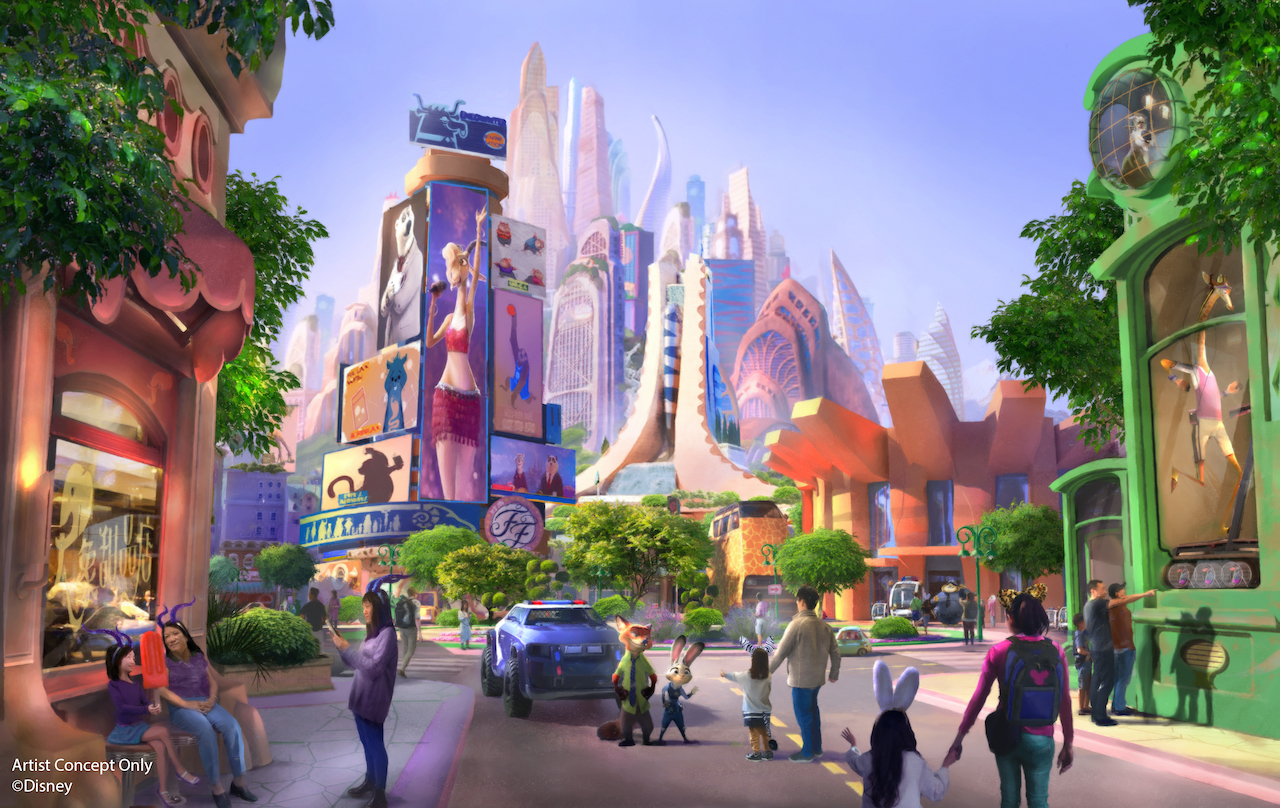 At Shanghai Disney Resort, progress continues on “Zootopia” – where guests will be invited to experience the metropolis of “Zootopia.”

Based on the Walt Disney Animation Studios’ Oscar-winning animated movie, this exciting development will be the park’s eighth themed land and the first-ever “Zootopia”-themed land at any Disney park. It will include a new major attraction that will seamlessly blend Disney storytelling and state-of-the-art technology to bring this fan-favorite movie and its characters to life. 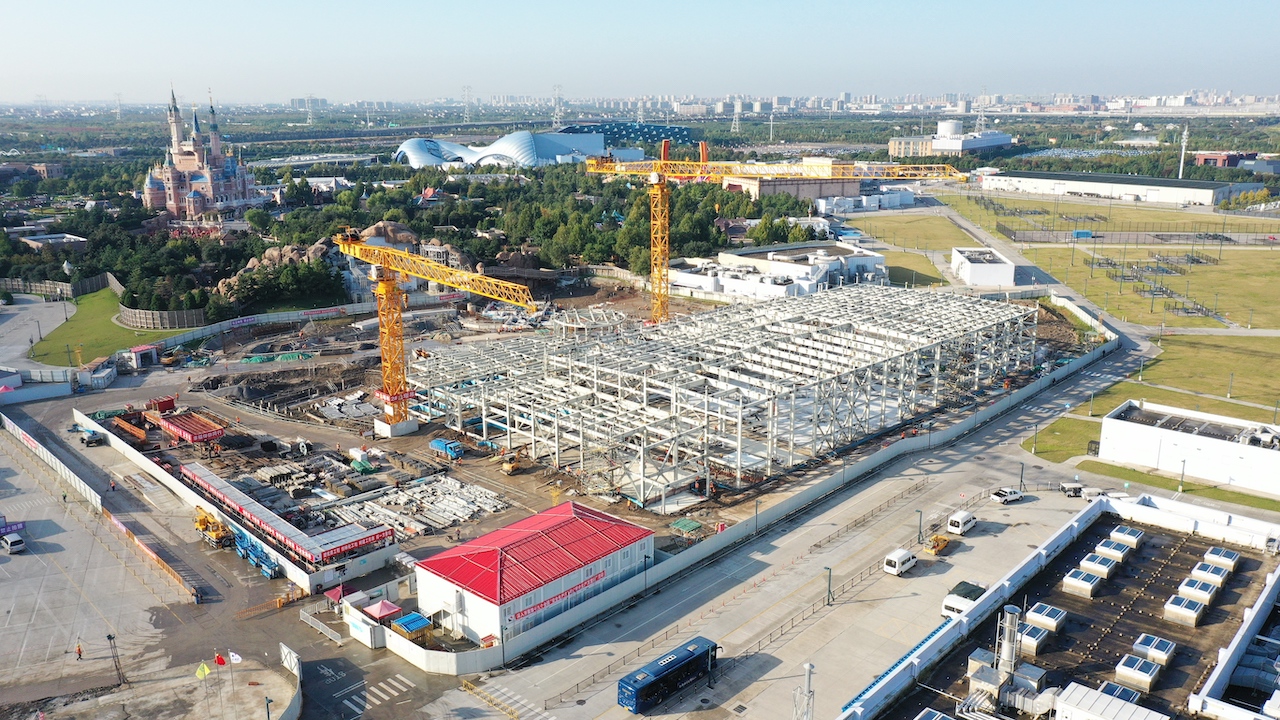 In this aerial photo of the area, you can see just how big the show building will be.

And at Tokyo Disneyland, new attractions, restaurants, and shops recently opened – marking the largest expansion of the park’s 37-year history.

Also, part of the expansion will be “Fantasy Springs.” This exciting development will be themed to a magical spring inspired by the beloved Disney Animation films “Frozen,” “Tangled” and “Peter Pan.”  It’ll include four new attractions, three restaurants and a new Disney-themed hotel situated inside Tokyo DisneySea that will overlook Fantasy Springs.