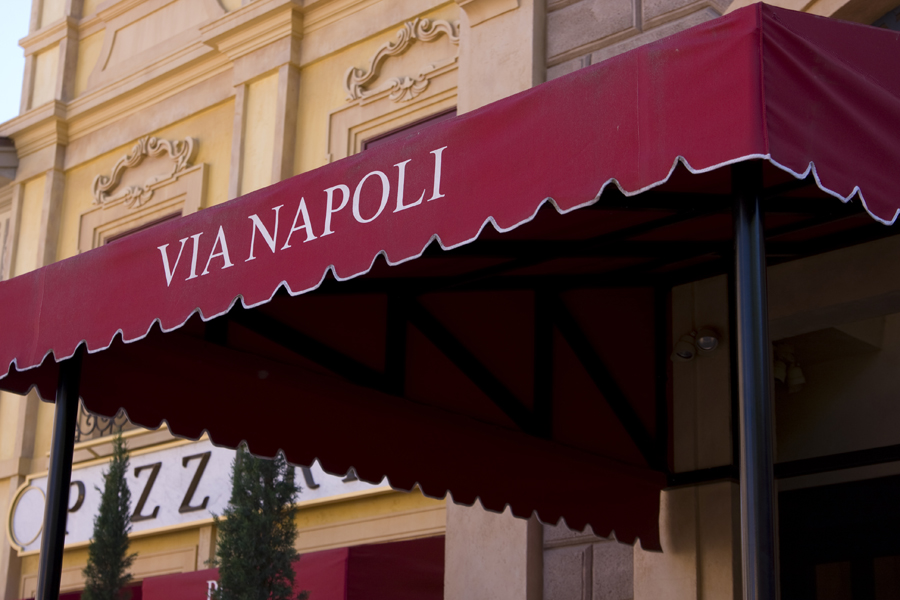 When they announced Via Napoli, I actually got my hopes up. I had never had good pizza at Disney World before. Truth be told, I think that it’s an insult to pizza everywhere to call what they serve at Disney World “pizza.”  Perhaps it’s because I’m from New Jersey where excellent pizza of all kinds abounds. So when reviews started coming back that the pizza at Via Napoli was great, I knew that I would have to dine there on my next trip. A short while ago, I got my opportunity.

Gathering with a group of friends, we decided to order the basic Margherita pie. To me, this is the standard by which I judge a pizza. By looking at only the basics — crust, sauce, and cheese — the true quality of the pizza cannot be hidden. How did Via Napoli hold up? 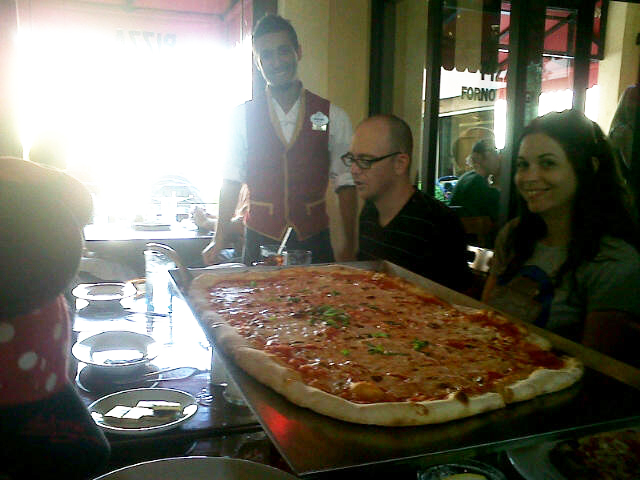 Ingredients — the fresher the ingredients, the better the pizza is going to taste. This pizza screamed “fresh ingredients” at me. The basil, the tomatoes, the mozzarella… everything was fresh, light, and aromatic. I was really pleased with this.

the dough affects the taste. They are correct. I first learned this from my friend Jed who wanted to open his own pizzaria. When he first told me that he wanted to bring water from Brooklyn, NY to New Jersey to use to make his pizzas, I thought he was crazy. He explained to me that it is the water that makes the difference. I was still skeptical.  Finally, one day I watched him make two pizzas, one with local NJ water and one with the Brooklyn water. I tasted the difference and admitted he was right. Whatever water Disney is using, it sure produces a great tasting crust. 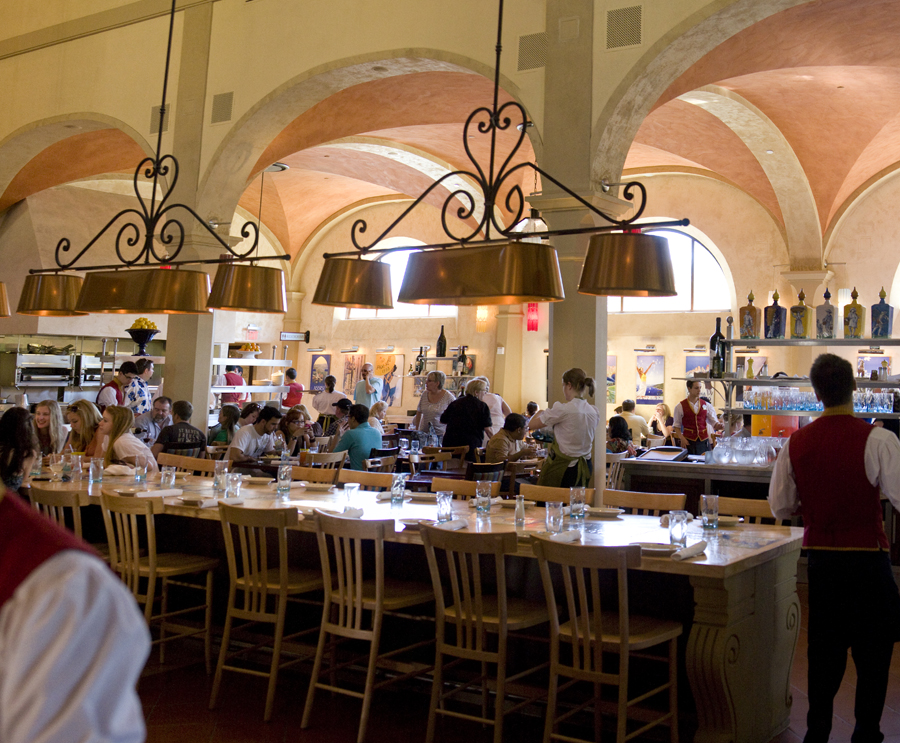 Method of cooking — an authentic Neapolitan pizza should be cooked in a brick oven. This may not seem like a big deal to people who don’t understand that cooking in a brick oven is an art form.  You can have the best ingredients and still get a poor pizza if the chef doesn’t know how to cook it properly in the brick oven. Likewise, you can have average quality ingredients and still end up with a very good pizza if the chef knows how to utilize a brick ovenproperly.  I also learned this from my friend Jed.  The chefs at Via Napoli that day proved by their product that they really knew what they were doing.

So Via Napoli has earned the MousePlanning Seal of Approval.  I can happily say that there is finally good, even great, pizza at Walt Disney World.  I can’t wait to go back and try the other types of pizzas they offer.

More detailed information on Via Napoli, including the menu, can be found at The Disney Food Blog!