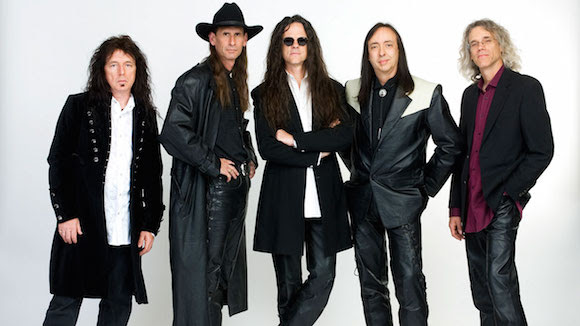 This summer at Walt Disney World® Resort, you can rock out to sizzling tunes as the 2017 Sounds Like Summer Concert Series occurs at Epcot®.

Every night through July 23, 2016, the America Gardens Theater in World Showcase rocks with live music from some of the best tribute bands in the world, including acts appearing at Epcot for the first time this year.

Here’s a look at this year’s lineup (entertainment and times are subject to change):

What exactly is a tribute band?

A tribute band is a music group, singer, or musician who specifically plays the music of a well-known music act. This includes individual performers who mimic the songs and style of an artist, such as Elvis impersonators covering the works of Elvis Presley, or groups like The Iron Maidens, an all-female band that pays tribute to Iron Maiden. In my opinion, the very best tribute acts are those “endorsed” by the bands or performers they are paying tribute to!  (When the original says that the copy is awesome, most of the time it is!  ) These groups attempt to emulate the vocal styles and overall appearance of that group, to make as close an approximation as possible.  If you want to know what it felt like to see the Bee Gees perform live in their heyday, watching Stayin’ Alive perform is the closest you’re going to get!

If you’re in Epcot for a 2017 Sounds Like Summer Concert Series performance, make sure you get there at least 40-45 minutes early!  The seats fill up very quickly!