Construction begins on “Rivers of Life” 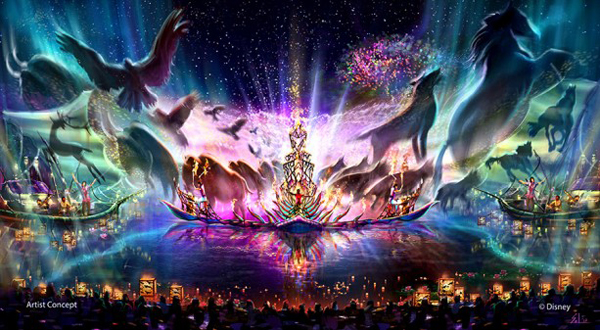 So what is Rivers of Light? I don’t know that either. All I know is the official announcement said that it “promises to be an innovative show unlike anything ever seen in Disney Parks, combining live music, floating lanterns, water screens and swirling animal imagery. The show will magically come to life on the broad, natural stage of the Discovery River, between Discovery Island and Expedition Everest, delighting our guests and truly capping off a full day of adventures at Disney’s Animal Kingdom.” Whatever it is, if it keeps Animal Kingdom open later than 5:00pm and is even half of what “World of Color” is at Disneyland, I will be a happy camper.

At this point, the only people really being affected by the construction are smokers. (It amazes me that there are still people who smoke.) Construction walls will be installed in Asia and additional walls will be installed around Discovery River throughout Asia and into DinoLand U.S.A.. As a result, the smoking location across from Expedition Everest will be removed as the wall is installed. The smoking location at Rafiki’s Planet Watch also will be removed. For those of you reading this who smoke, remaining Guest smoking locations can be found near Pizzafari in Discovery Island, behind Dino Sue in DinoLand U.S.A., and next to Rainforest Cafe outside the main entrance. Given the inconvenience, it’s probably just easier for smokers to quit smoking.