LEGO Pirates of the Caribbean

I have a confession to make. When Disney came out with Pirates of the Caribbean: Curse of the Black Pearl, I was very excited about the concept but wasn’t thrilled when I saw it in the theater. I found the sequel, Dead Man’s Chest, to be a bit more compelling, but the abrupt cliffhanger ending left a bad taste in my mouth, and I thought At World’s End really missed the mark.  Sure, all of the movies had their moments, but they really didn’t do much for me overall.

On the flip side, when Disney integrated Jack Sparrow and other characters into the Pirates of the Caribbean ride at Disney World, I was unhappy with the concept but ended up enjoying the finished product (with the exception of the removal of Peglegged Pete the Parrot at the entrance to the attraction).  Also, I was thrilled with Captain Jack Sparrow’s Pirate Tutorial. 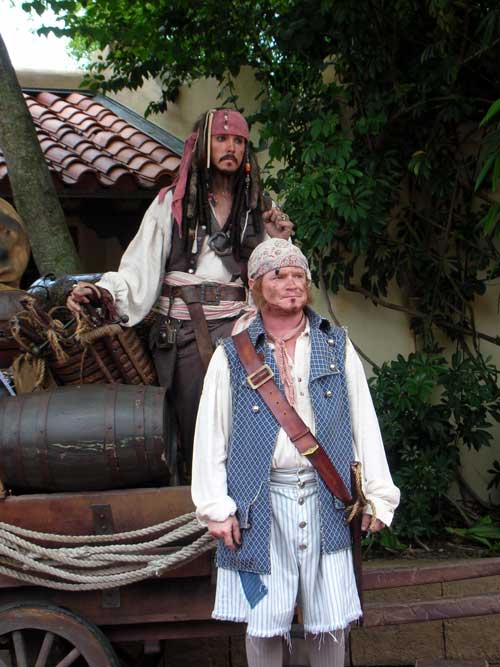 I’ve been in love with LEGO video games ever since they came out with the Star Wars game.  Those games really captured the spirit of the Star Wars movies, added a dash of tongue-in-cheek humor, and added enough challenge to keep an adult interested while still allowing children to enjoy playing. In fact, one of my favorite things to do is play Lego Star Wars with my four-year-old son! There aren’t many video games out there like that.

So when I had a chance to preview the Lego Pirates of the Caribbean game back at the beginning of April, I could immediately tell that it was a game I had to purchase. Last Friday I brought the game home and spent more than a few hours playing it with my kids over the weekend.  I really think that Lego can do no wrong with these types of games.  The cutscenes have actually sparked a renewed interest in the film series for me.  I can’t say for certain why;  maybe it was the added touch of humor, or perhaps it was the fun swordplay. Whatever the reason, I’m now looking forward to seeing On Stranger Tides.

In addition to the video game, I found another fun thing that Disney has put out in advance of the upcoming movie.  It’s a cool little application called the LEGO Pirates of the Caribbean Photo Mashup. It’s kind of like a modern day, digital type of Colorforms. (Yes, I know I’m dating myself by saying that.)  You pick out different background (some of which I recognize from the video game), then you add LEGO character figures and other set pieces to create a picture or scene.  You can resize and rotate the figures and objects, and you can download the images you create, also.  My kids all loved it and I have to admit that I’m hooked on it as well… 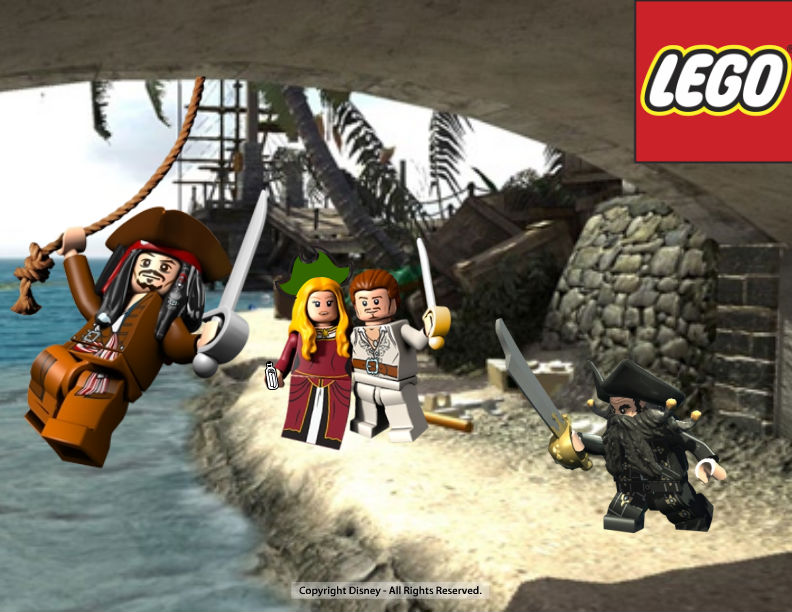