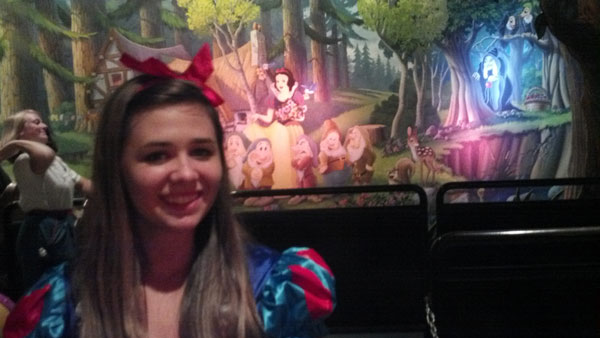 For those of you who don’t know, they officially announced yesterday that Snow White’s Scary Adventures, a long running attraction in the Magic Kingdom, will be closed permanently as part of the Fantasyland Expansion.  I’m sad to see Snow White’s Scary Adventures being closed.  I will admit that this was an attraction that was hard to swallow — too scary for little kids and not enjoyable enough for most adults.

I remember the first time I rode it.  The year was 1983. I was ten years old. Back then it was just titled “Snow White’s Adventures” (or something akin to that) and unbeknownest to me, Snow White didn’t appear in the ride at all at that point in time. I loved the movie and was looking forward to going on the ride. I was excited to get into one of those mine cars. While in the queue, I experienced my first aura of foreboding when my sister pointed out that the Evil Queen kept opening the curtains in the castle window, gazing down menacingly at the line of people.  When the mine car made the quick transition from shaded-but-sunny outside to a dark-and-dismal ride interior, I got chills up my spine that weren’t from the temperature difference between the Florida heat and the air conditioning.  My blood finally froze when the Evil Queen, looking into the mirror, suddenly spun around and was transformed into the Wicked Witch!

There I was, a ten year old, scared by a Snow White ride! But being the oldest of four children, I would never admit to it. So once we got off the ride, I made fun of my siblings who had been, of course, scared by the ride.  My parents did not take kindly to my derogatory comments and, probably knowing that I was trying to hide the fact that I had been frightened, called my bluff.  They told me that if I wasn’t scared, I wouldn’t mind going back on the ride again all by myself.  To save face, I had to do it!

Although it took me 4 more rides over the next 2 years to really overcome my fear of the Snow White attraction, in doing so I came to love it.  In my mind, it became a right of passage for me, for my siblings after that, and in recent years for my two oldest children.  Now that Disney is closing it down, I’m saddened that people, including some of my own kids, will never have that opportunity.  That said, I’m very happy that they’re keeping Snow White around in the form of the Dwarfs’ Mine Car attraction! It looks like it has the potential to be a fun ride that everyone will be able to enjoy.

Were you or your kids ever frightened riding Snow White’s Scary Adventures?  What are your thoughts on its closing? 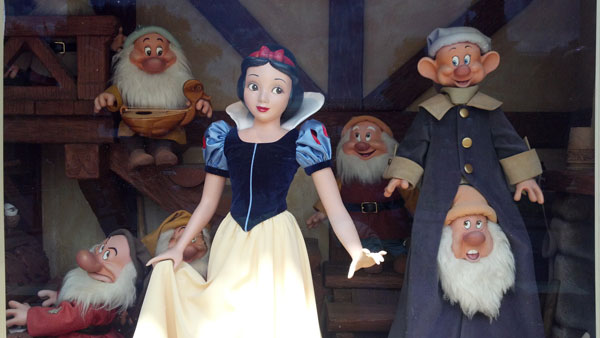